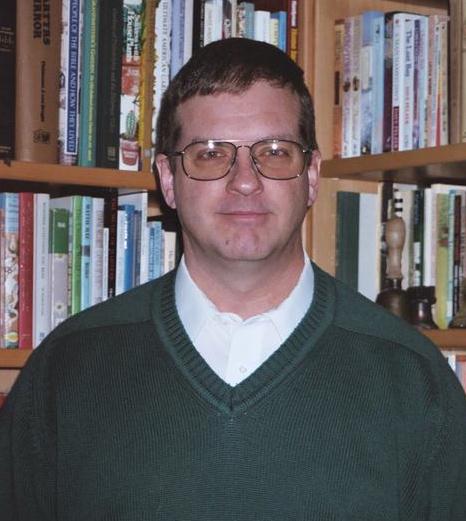 Kevin graduated from Lancaster Mennonite High School in 1976 and MTA Truck Driving School in 1981. A second generation truck driver, Kevin delivered beautiful custom kitchens across the US for Quality Custom Cabinetry (QCCI) for over 28 years. These kitchens were the inspiration for building a complete kitchen in a bottle.

As a teenager, Kevin enjoyed constructing, painting and finishing kit models.  In 1980, Kevin started building his first bottle. The house was built out of Popsicle sticks in an orange juice bottle -- very primitive -- and the bottle was sold at a church charity auction. During the 1980s and early 1990s, Kevin continued to complete one bottle after another. Then in September 1994, Kevin's father was diagnosed with leukemia. In 1996 at age 61, "Dear Old Dad" lost his battle with cancer. For many years afterward, Kevin was unable to work on his bottles. The creative part of Kevin died for awhile. 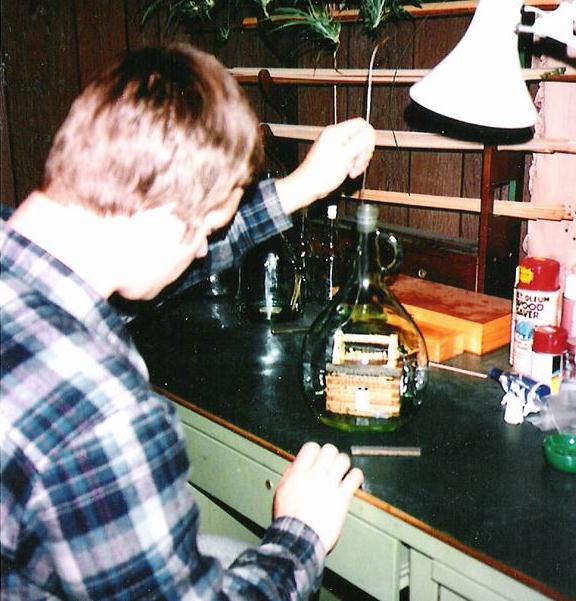 But in September 2002, Kevin himself was diagnosed with Hurthle cell thyroid cancer.  After fighting his own two year battle with cancer, Kevin is currently cancer free. However, Kevin was diagnosed with degenerative disk disease and osteoarthritis that forced his retirement from truck driving in 2015. 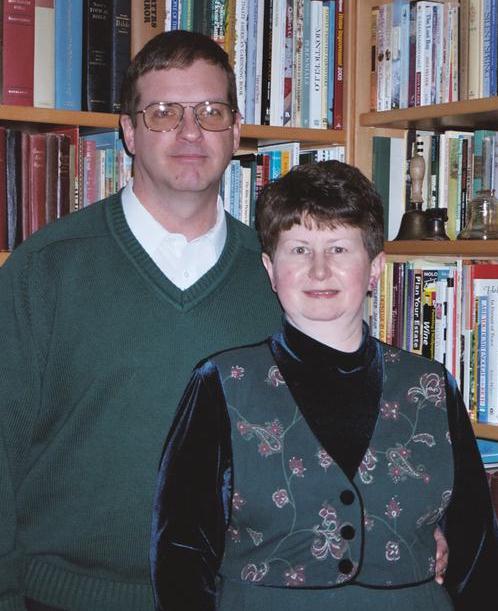 In the past, Kevin's hobbies included many strenuous activities such as motorcycle drag racing, boating and hunting. These days, Kevin can only watch these activates from the sidelines.  Kevin is also an avid NASCAR fan.  After his battle with cancer, Kevin discovered that he needed to continue creating folk art in bottles.

Kevin has battled depression for most of his life. Kevin has found that using his creative side helps him move forward when the dark periods hit. Kevin has many more bottle ideas in his head, but only time will tell how many he will be able to finish.

Kevin has built 10 or so log cabins in a 3 liter wine bottle. Kevin enjoys building these bottles and has donated many to charity.  Others have been given to family and friends as gifts. The log cabins remind Kevin of wonderful vacations he and Elaine spent at the 1902 log cabin family home in Huntingdon County, PA. 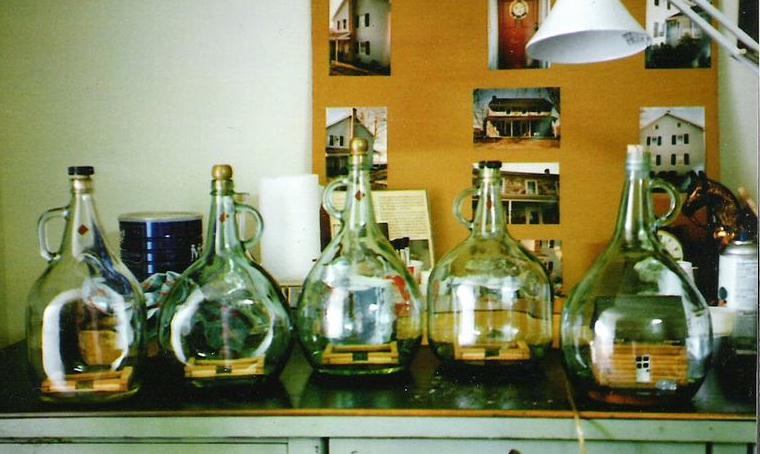 Building a Log Cabin, by Kevin Stoltzfus
Kevin has been featured in magazines and in the Lancaster County, PA "New Era," publication, Friday, January 19, 2007.  The following are two of those articles. (click on picture to see a larger image) 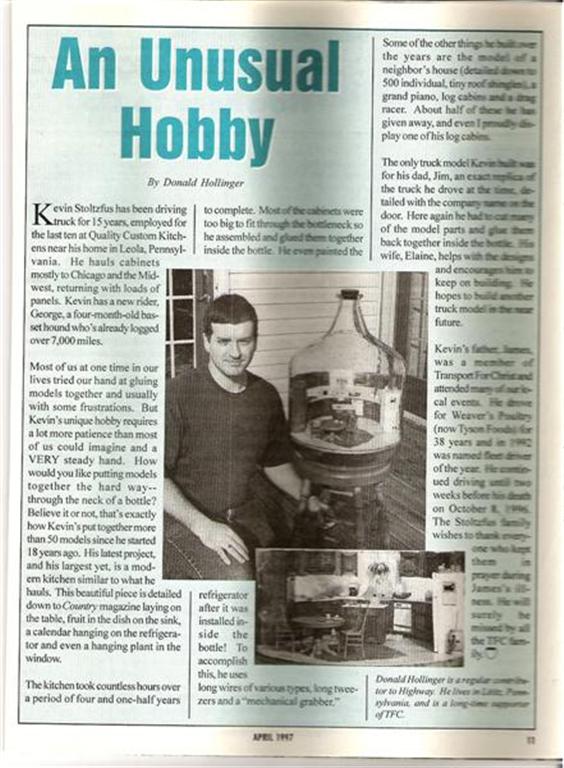 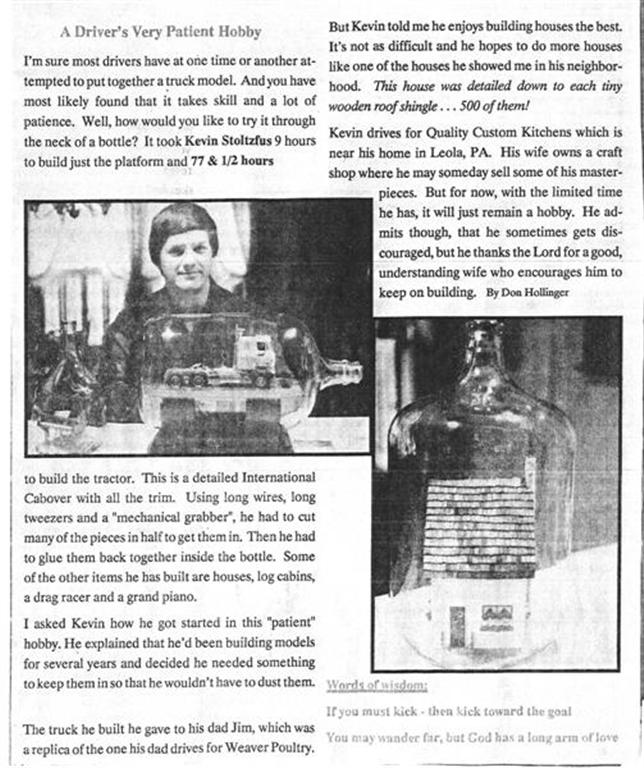 Kevin currently has two bottles in progress.  One is a large bottle that is a replica of the inside of a church.  Kevin is building the individual pews from bass wood.  And the second is a kit model of Dale Earnhardt's #3 race car.  Kevin and Elaine are big Nascar fans.