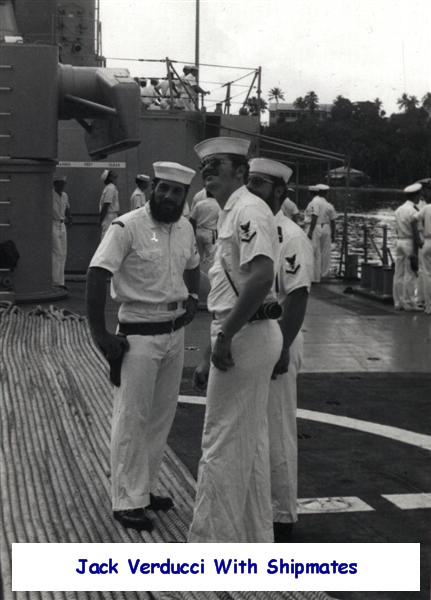 Jack Verducci, who crafted the USS Preble ship in bottle series featured on this web page was first introduced to ships in bottles and acquired his interest through bottles owned his grandparents. 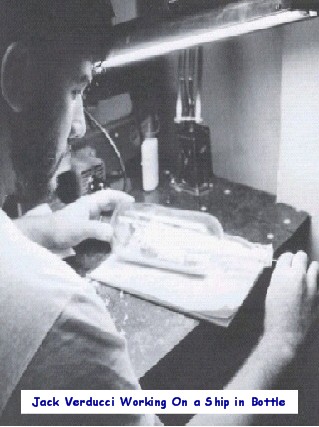 From 1969 - 1974, Fire Control Technician Jack Verducci served on the USS Preble and during that time made many ships in bottles to sell for extra money. The type and style of his models varied and included many intriguing models such as a person in a bottle making a ship in a bottle, and another model depicted a battle scene between the revolutionary frigate USS Constitution and a British ship.  Over time, he made over 200 models which have been sold all over the world. 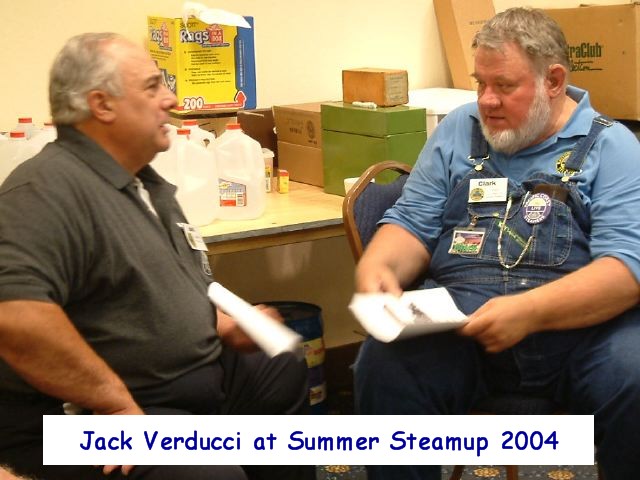 This particular series was commissioned by RV Cowles, a lieutenant and missile offices serving with Jack on the USS Preble.  Each model has a label under the sea that contains the particular name of the USS Preble ship and the year it was commissioned. Additionally, the label states that they were built for RV Cowles by Jack Verducci and the year they were made - 1971.  Most of the ships Jack made were made while his ship was ported at Pearl Harbor.

Today, Jack lives in San Mateo, California and is the owner of the Crystal Springs Railroad.  Jack's garden railroad is more than 17 years old and features hand-built structures and hundreds of miniature plants. The Crystal Springs Railroad is set in 1939, and is built into a hillside, which makes for interesting grades when running locomotives.  Jack designs and builds garden railroads professionally.  He is a guest lecturer and the author of many articles on this topic.

USS Preble Ships and the Ships in Bottles