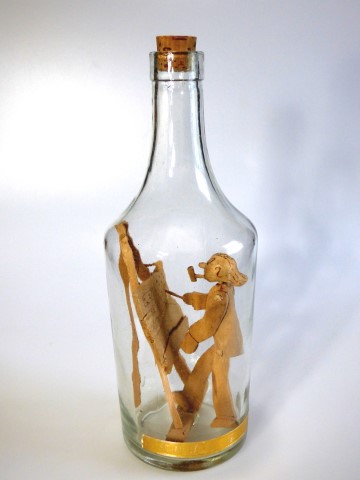 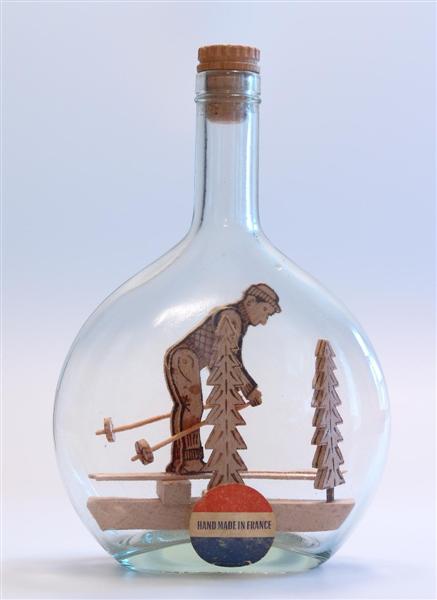 There is a category of bottles which usually contain an action or nature scene with people and/or animals. And, while the scenes are different and the bottles vary, they are still immediately recognizable as being of the same type and for the same purpose. And, because they originated in France, I call them the "French Bottles."

First produced in the 1920’s, French distillers began putting folk art scenes in some of their bottles, presumably to enhance sales and perhaps add flavor to the liquor. The addition of these scenes in bottles certainly added interest and made great displays both before and after the alcohol was consumed.

The earliest themes were well-planned and nicely made. They contained figures and objects that were hand carved and three-dimensional. Examples from this period are generally quite rare and very collectable.

Around the 1960’s, while the scenes remained almost identical to those of the earlier bottles, the quality of the carvings was not as good and the figures and objects in the later bottles appear flat and more two-dimensional.

The bottles had labels on the front and back of the bottle. On the front you would often see: “travail artisanat fait main” (Artisan crafted by hand). And, on the back a label would describe or give instructions for cleaning and preserving the scene.

"The prolonged contact with the 'Genepy' from the wooden figure give gives a slight brown color which brings extra quality to the bottle. Routin Distillery since 1883 Tradition of Quality"  (Génépi or génépy (in French) or genepì (in Italian) is a traditional herbal liquer or aperitif popularized in the Alpine regions of Europe. Genepi also refers to alpine plants of the genus Artemisia (commonly called wormwood) that provide the liqueur's flavor and color, and the French Savoy region adjacent to the Aosta Valley, where the plants grow and where the beverage originated.)

The following are examples of bottles from each period. If you have other examples, or additional details about the history of the bottles I would love to hear from you. Please "Contact Us".

Examples of Bottle Labels - Click on a picture to enlarge 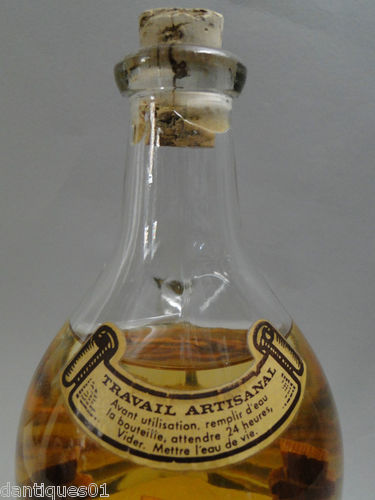 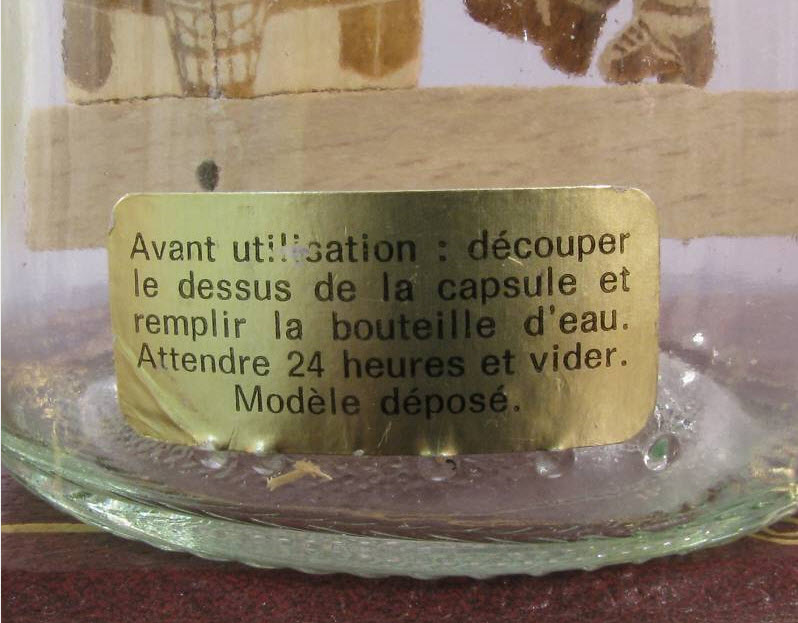 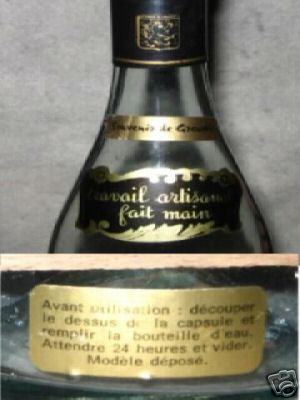 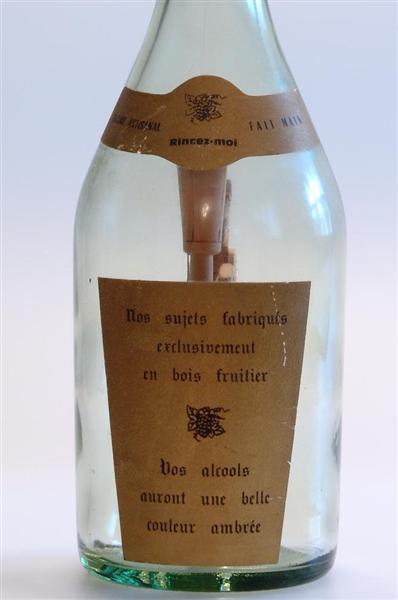 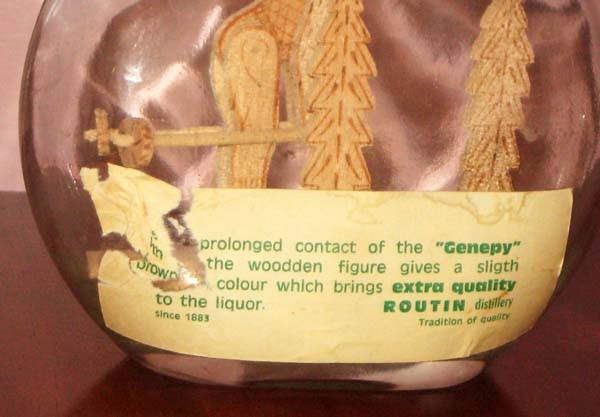 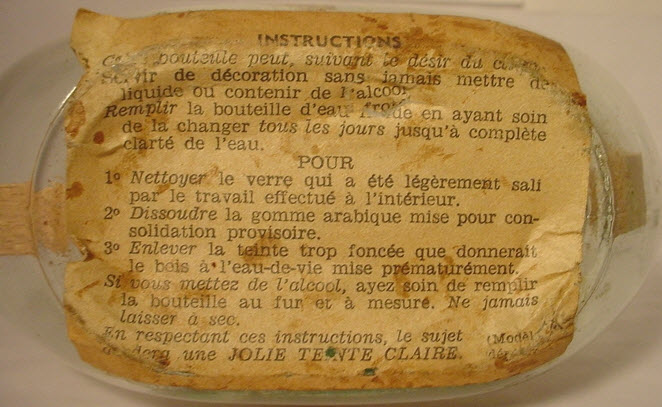 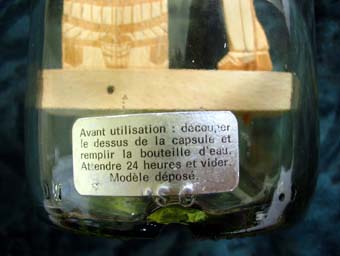 The following are some examples of the “French Bottle.”