For my Fantasy Building Project I chose to build from an original idea. I designed and planned it based on some ideas I had for the scene and by the the shape and challenges presented and dictated by the bottle itself. The bottle was given to me years ago my my son and daughter-in-law with a challenge of "I'd like to see you build something in that!" It sat on a shelf for years waiting for the right project. This Fantasy Building Group Project presented the perfect opportunity to create my own "fantasy" that I call "The Bird Cage." This whimsy in a bottle creates the idea of a bird cage in a bottle with numerous birds positioned around the bottle.

The real challenges of this bottle were pretty apparent. First, the neck was very long at 8.5 inches; and second, the diameter of the opening was a very narrow size of only 9/16 inches. When I put a small dowel in the neck I could only move if about ½ inches from side to side. So I was challenged with how could I reach the outer edges of the bottle, and how could I create a scene that would reasonably fill the bottle and created a scene with interest and charm. The attached pictures will let you see what I came up with for this Fantasy Project.

Printed on the bottom says: Greg Alvey, Owensboro, KY across one of the base pieces.  The other says April, 2014.

Glass beads are strung between each arm of the base. (amazing challenging to get in the bottle and positioned)

Contains 7 birds: 4 on pedestals positioned on each end of the four-armed base, and one bird inside the cage, and one on a crosspiece on top of the bird cage with a nest and three eggs and a final one on top of the outside of the bottle.  A Tagua nut, sometimes referred to as “vegetable ivory” was used to cover the opening and provide a base for a Wren also carved from a Tagua nut positioned on top.

The bird’s nest made from various colored and sizes of threads. It contains three eggs made from Sculpy. 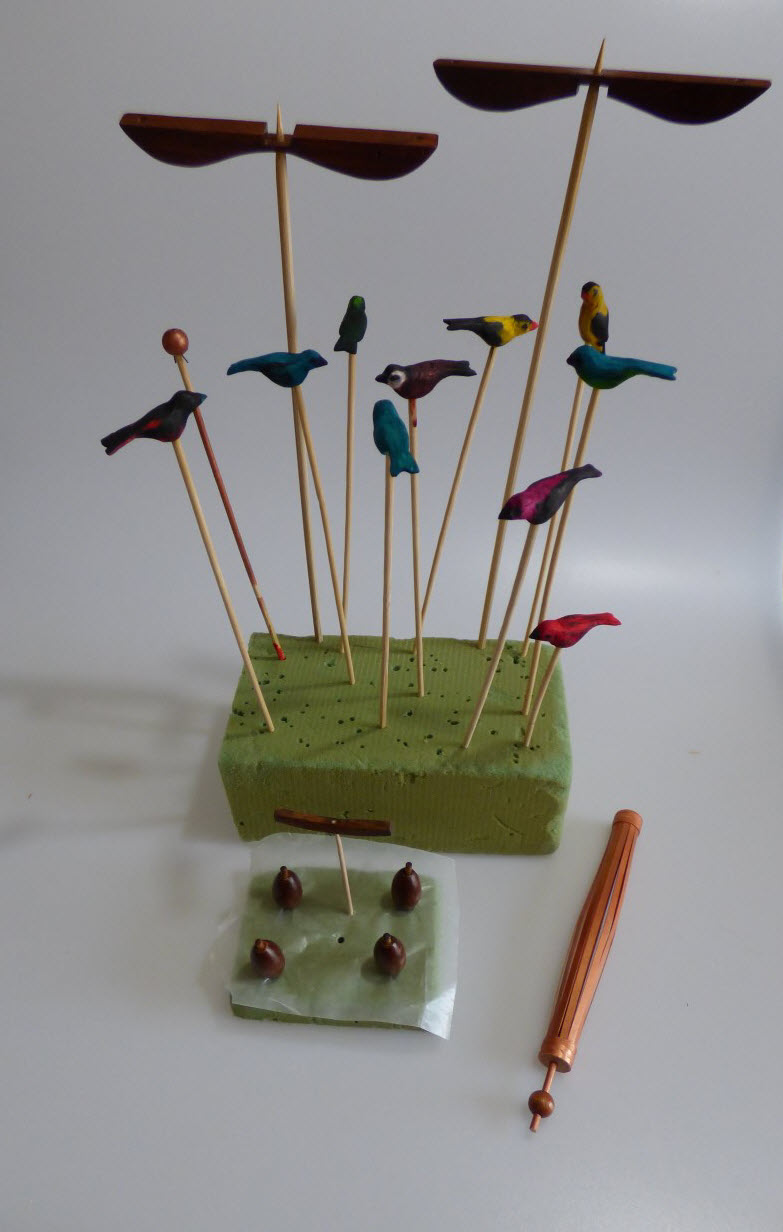 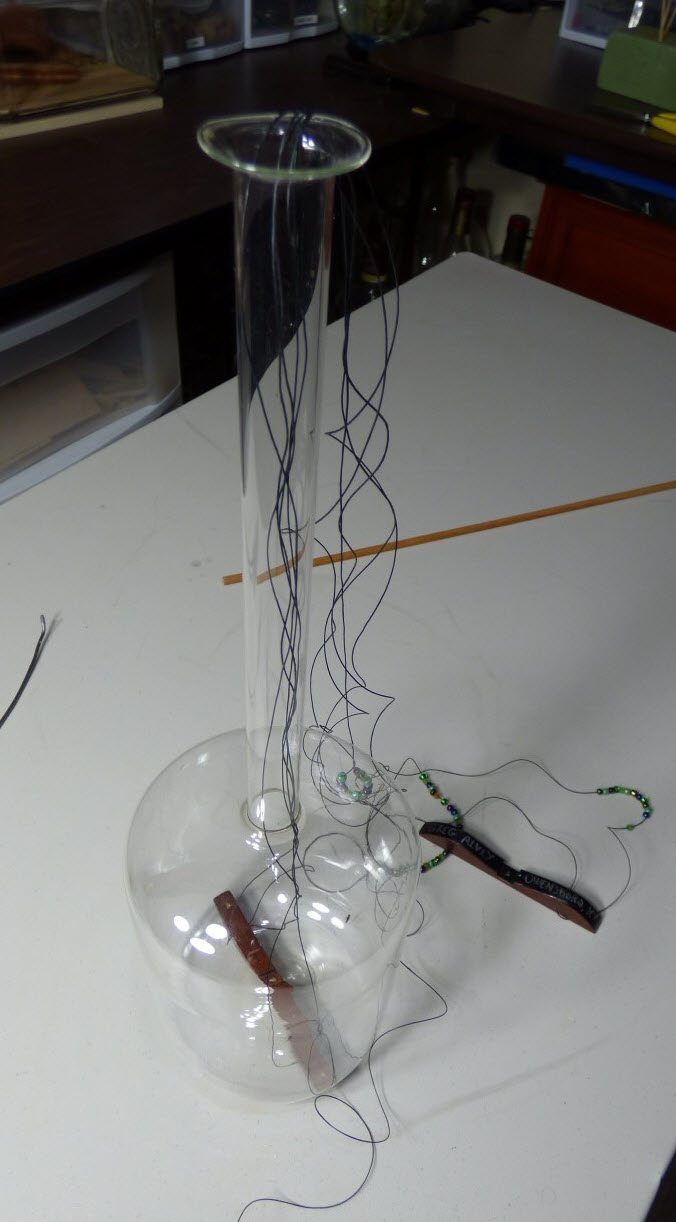 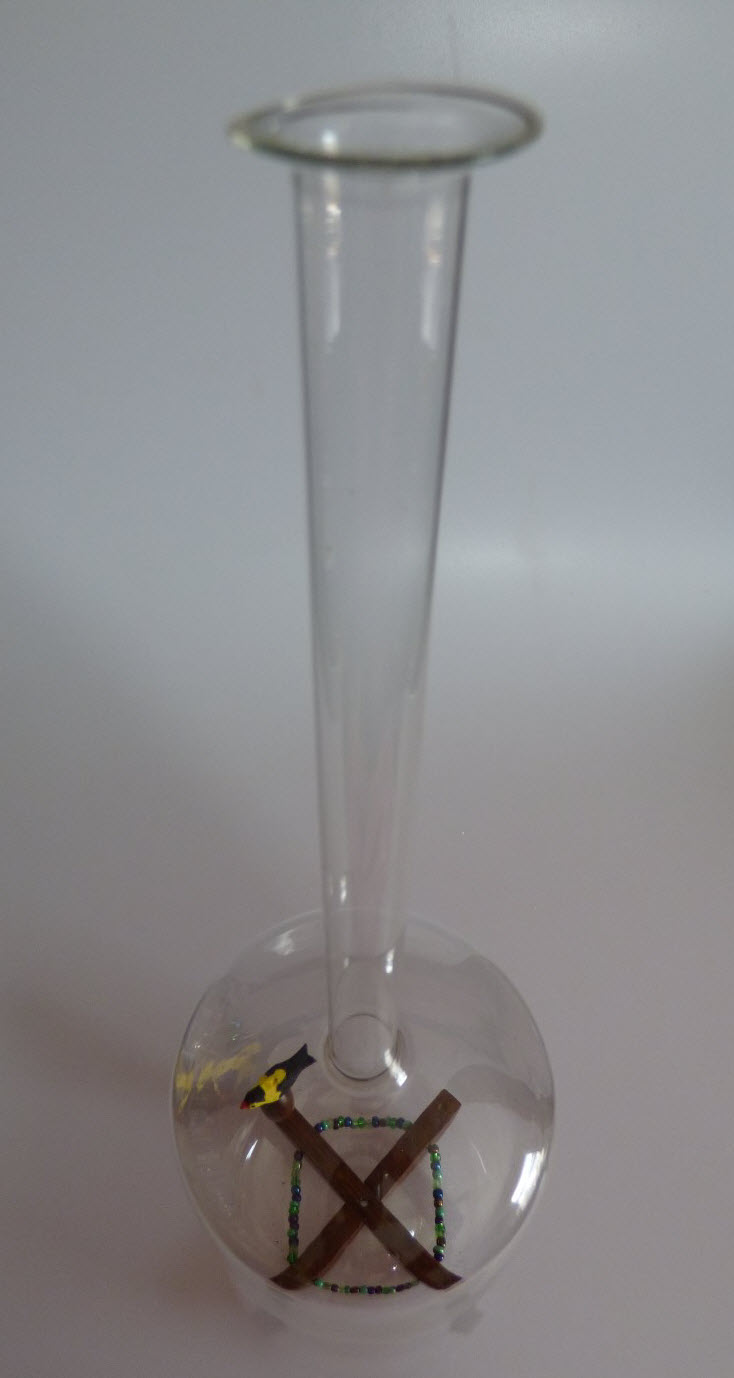 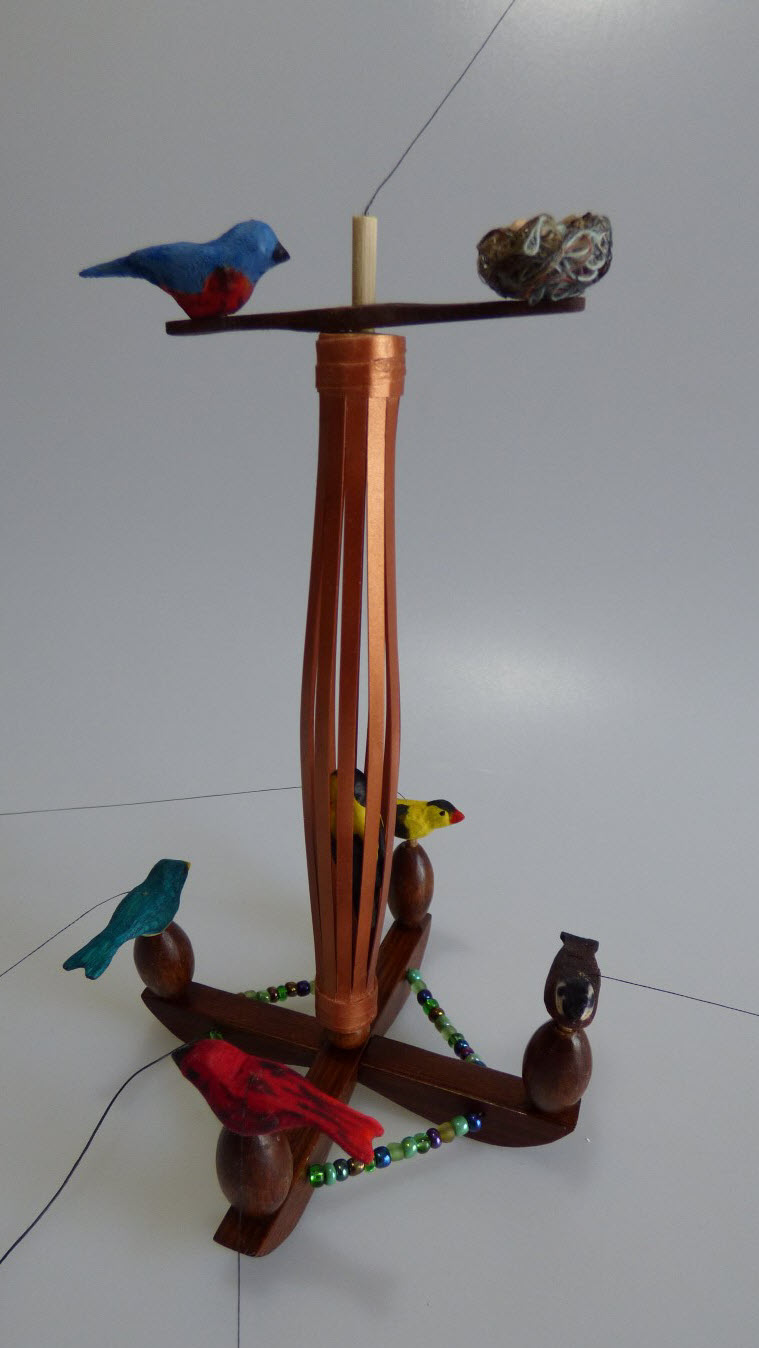 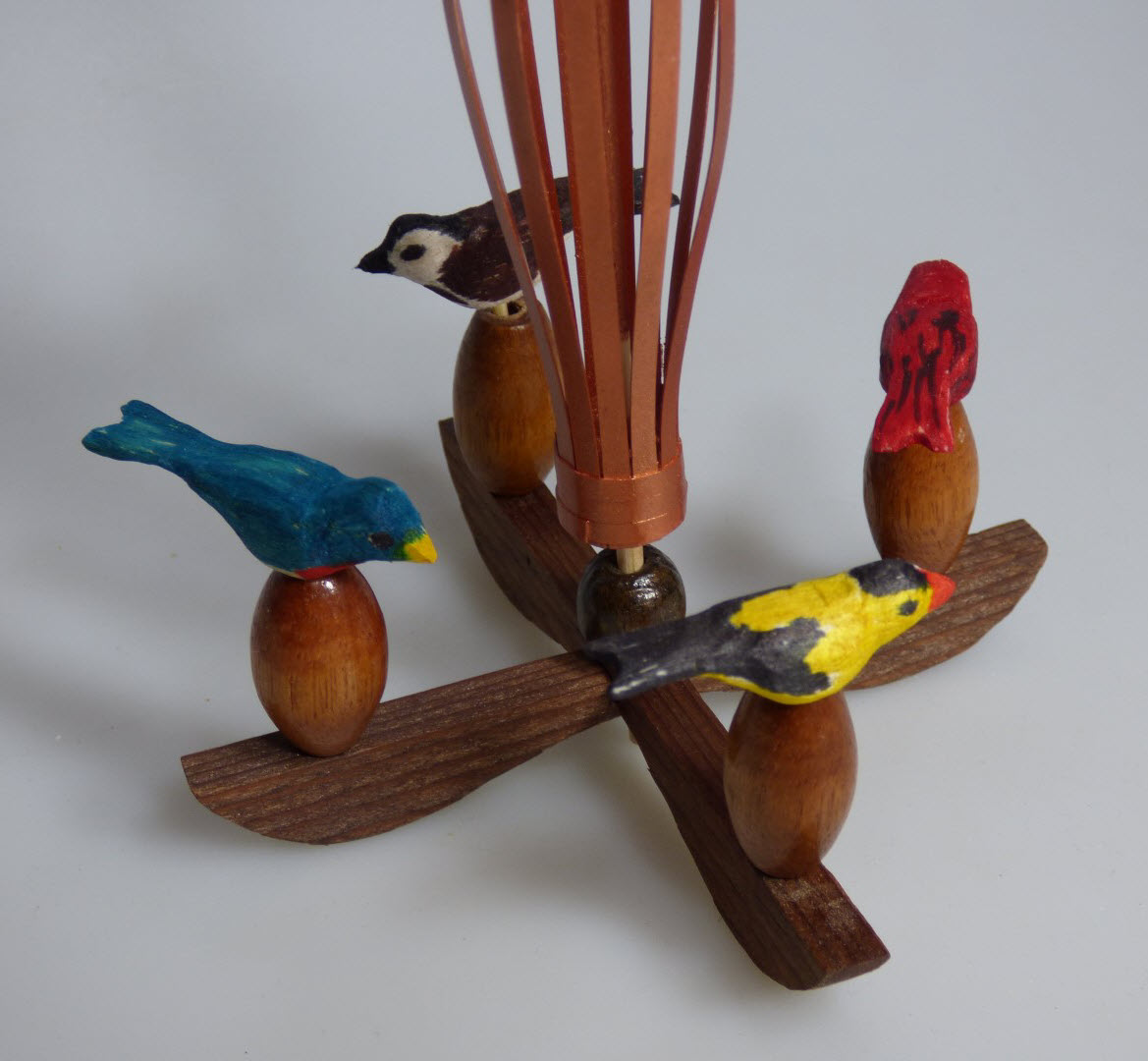 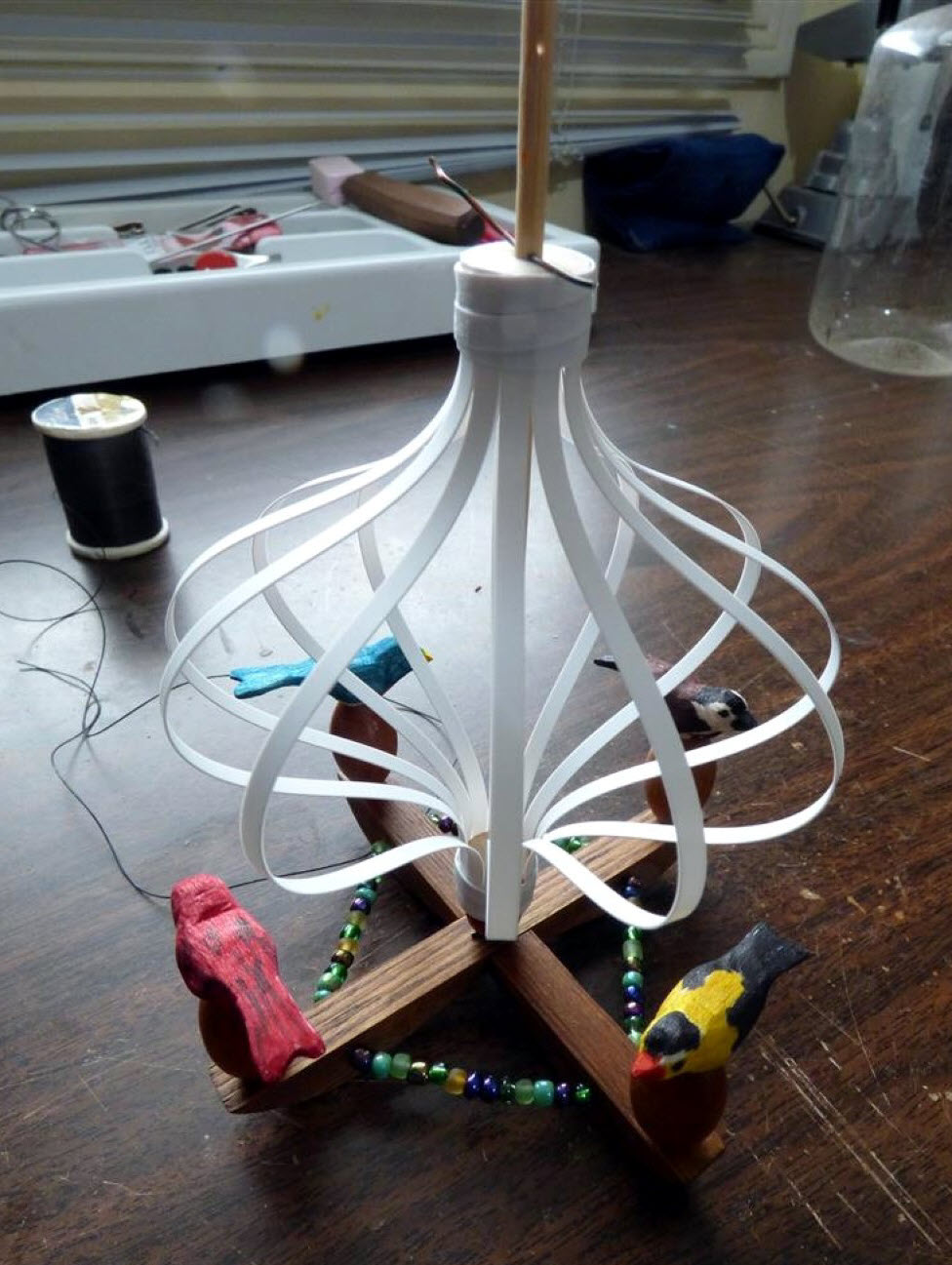 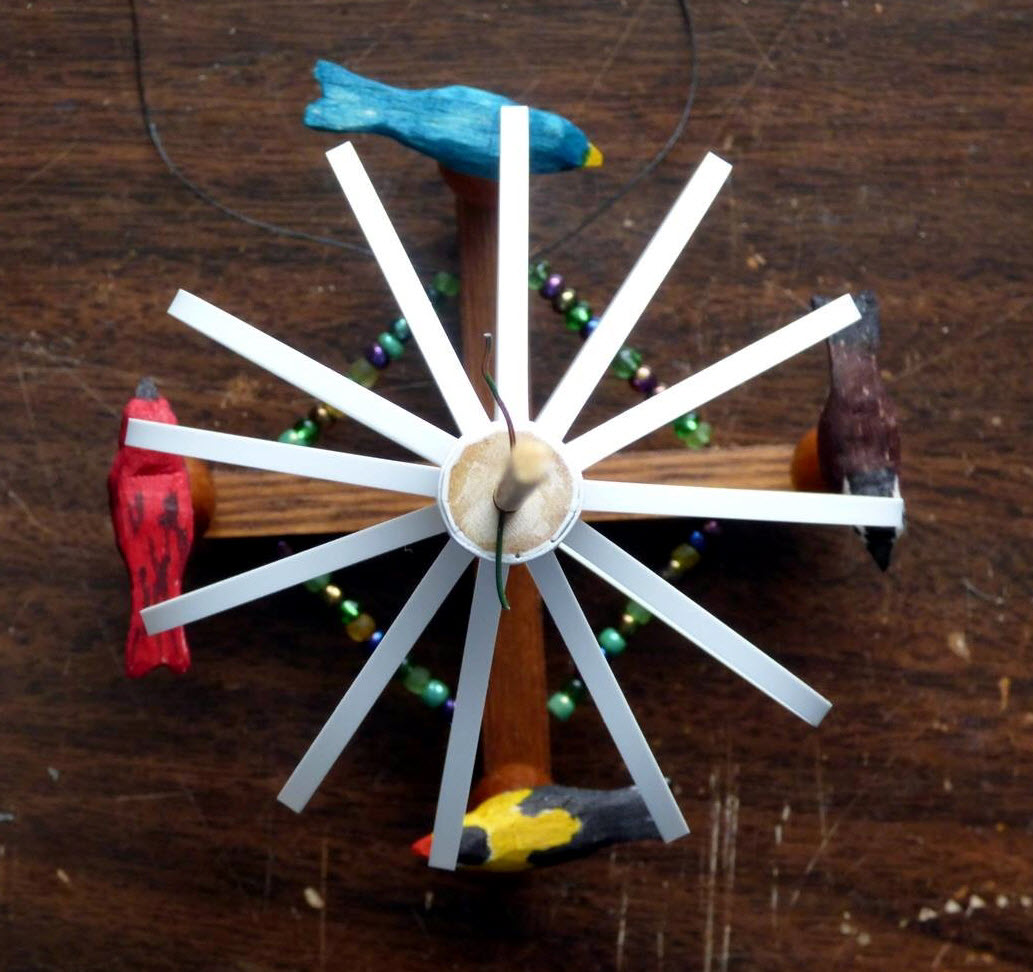 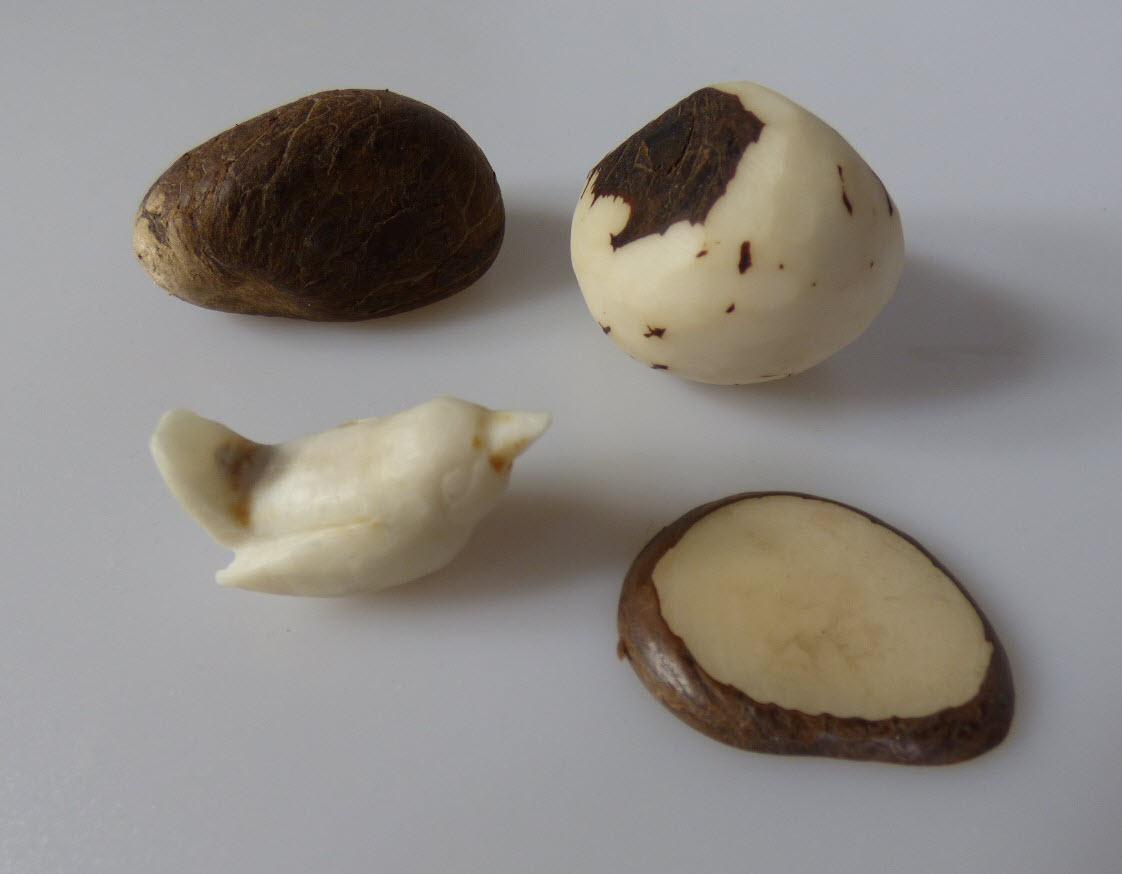 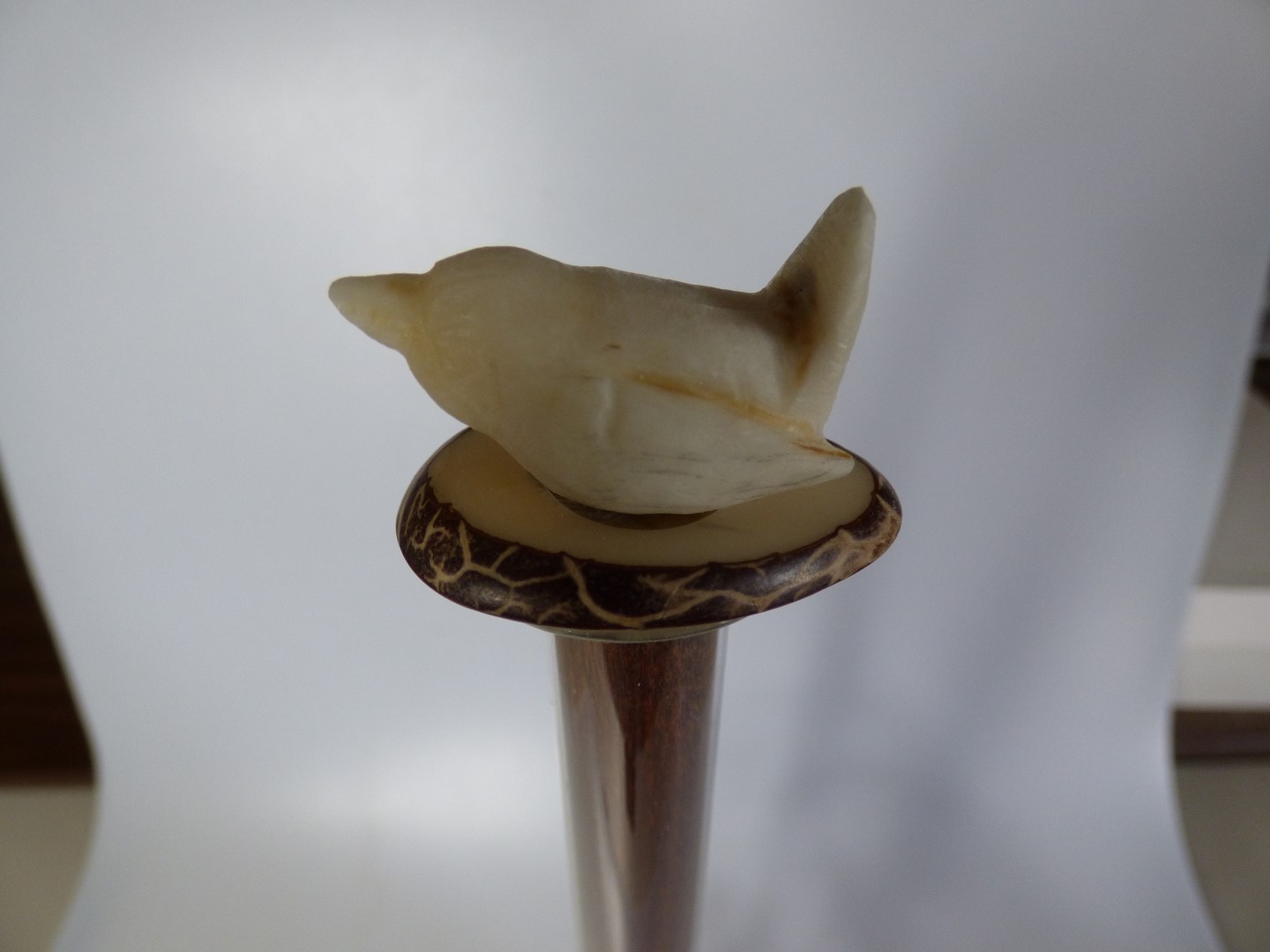 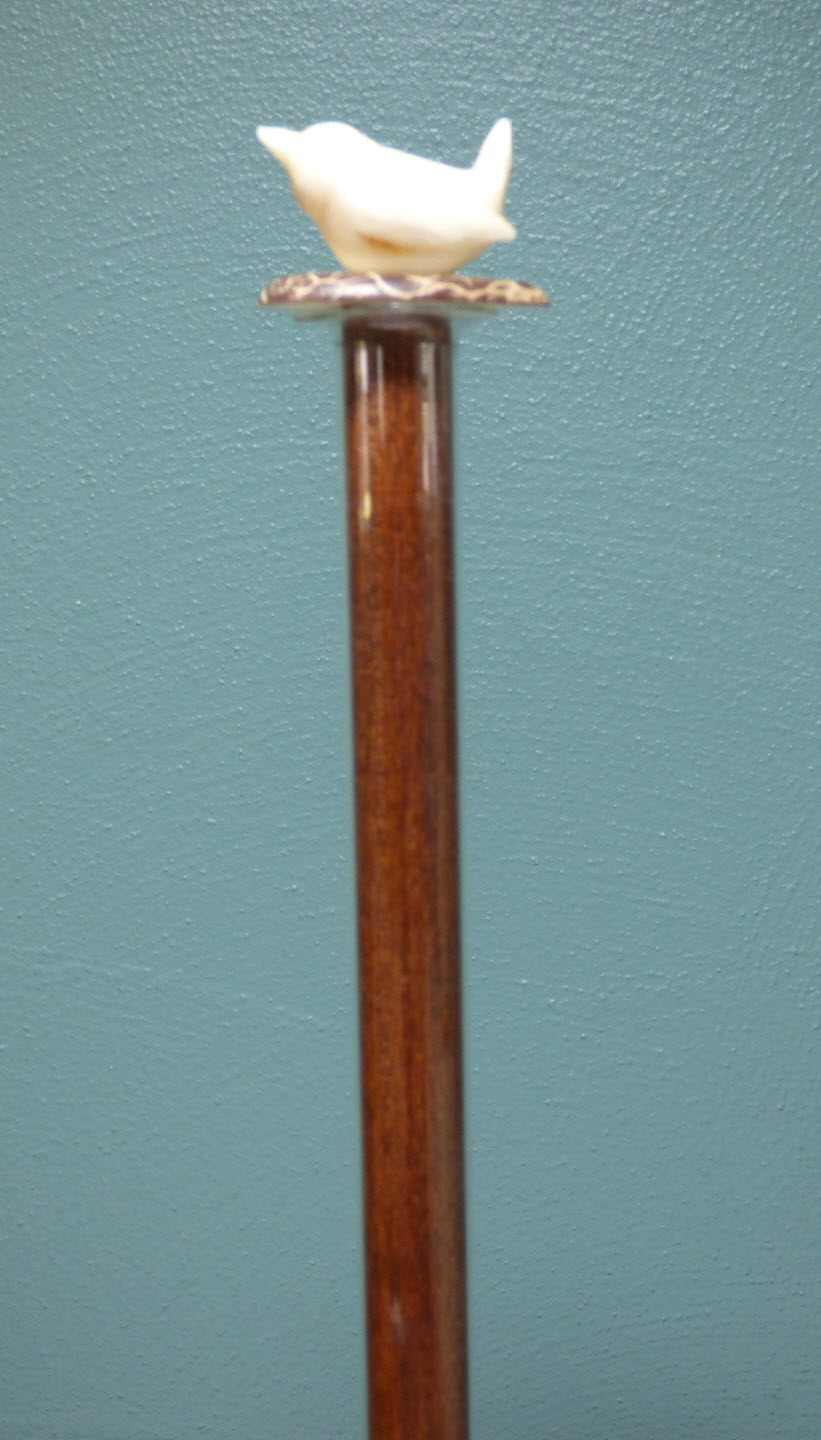 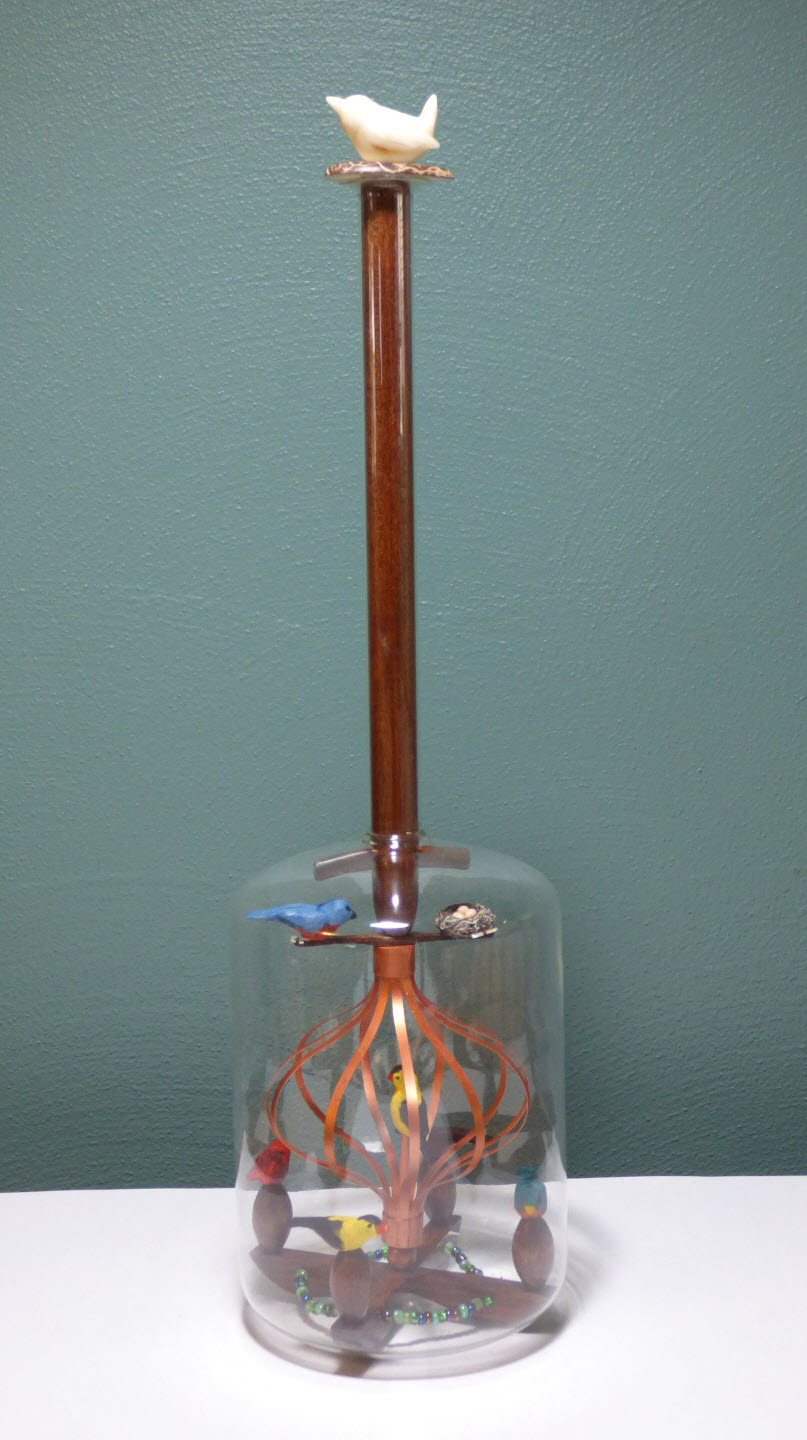 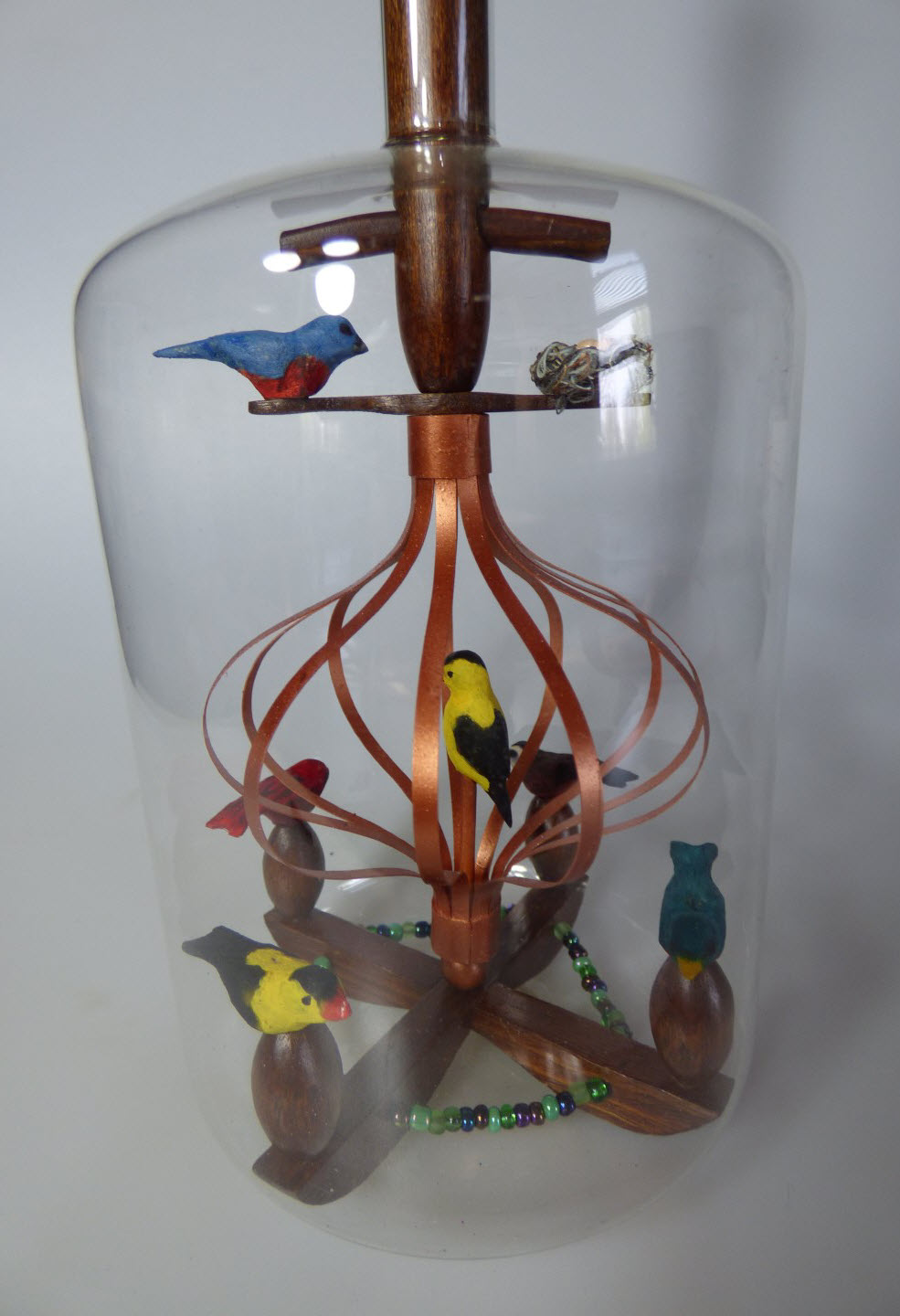 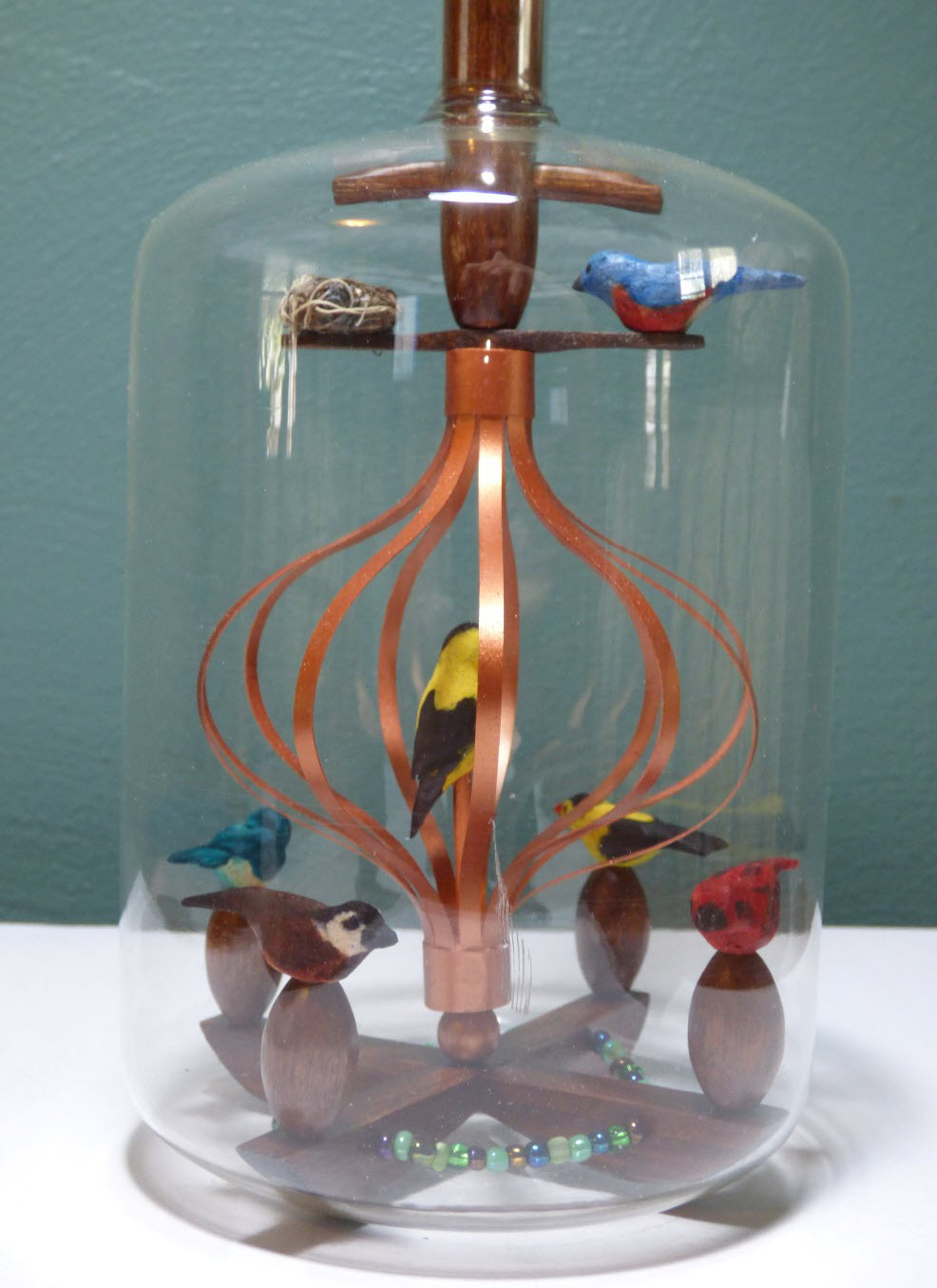 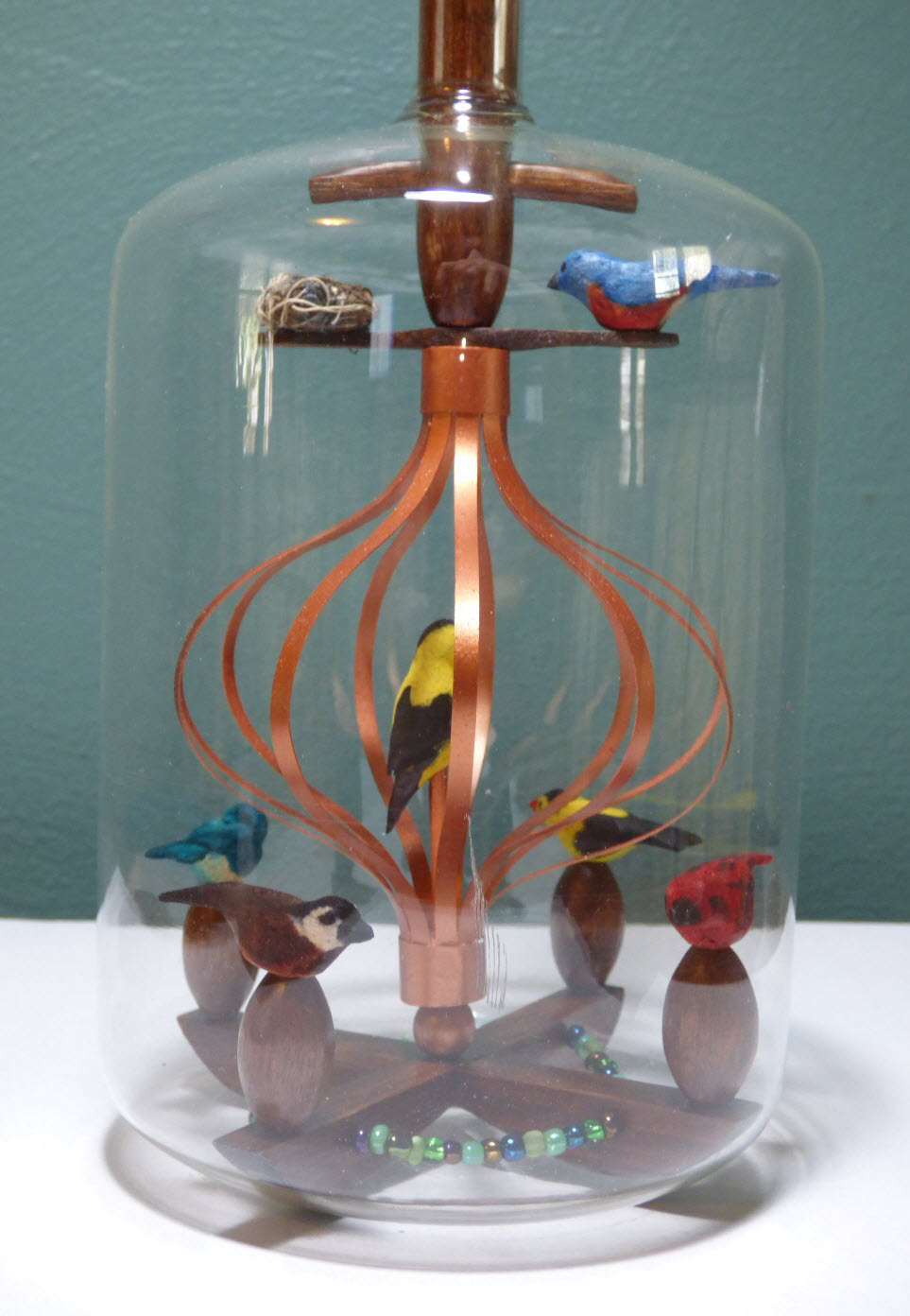 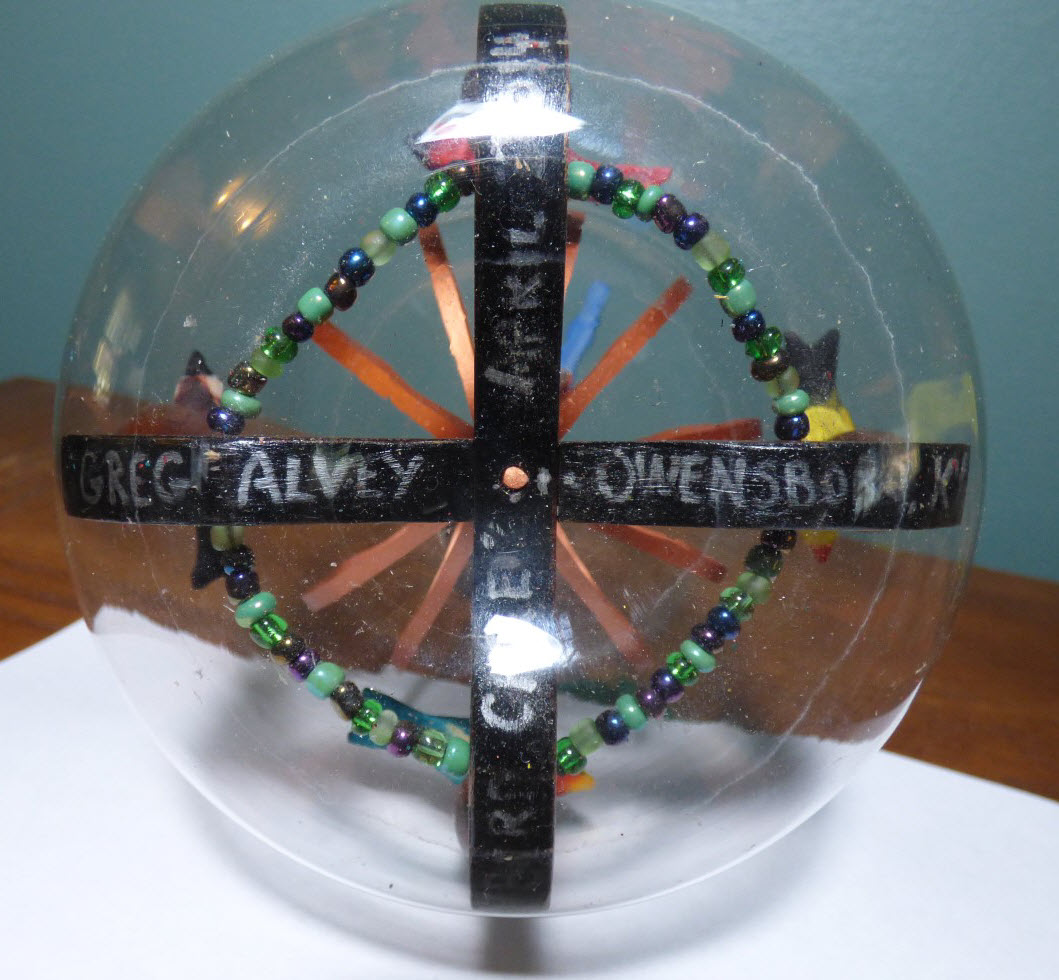