Cecil Tiller - "Up, Up and Away" Fantasy Balloon Ship

Cecil Tiller - "Up, Up and Away" Fantasy Balloon Ship

I am considering this Fantasy Baloon Ship for my Fantasy Building Project. Right now, I am working on several other builds that I have "put off" ... USCG Eagle , Preussen, and a more modern "Old Salt."  So many bottles so little time ! 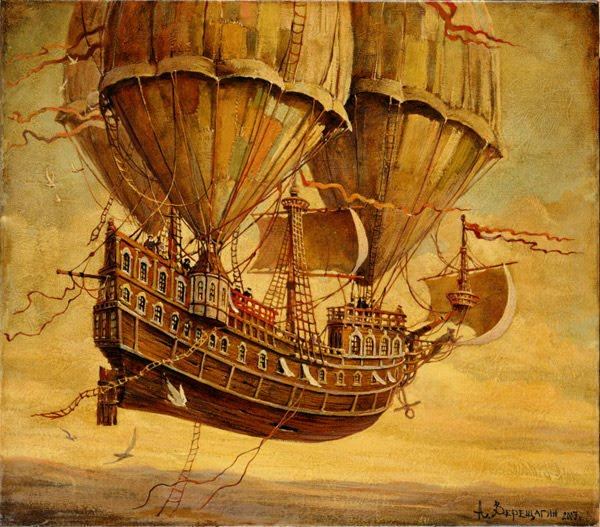 Wow ! what a beautiful day we have had here in NE North Carolina ! Moved the shipyard work outside and got my "Fantasy build " hull roughed out , removed a LOT of wood ! 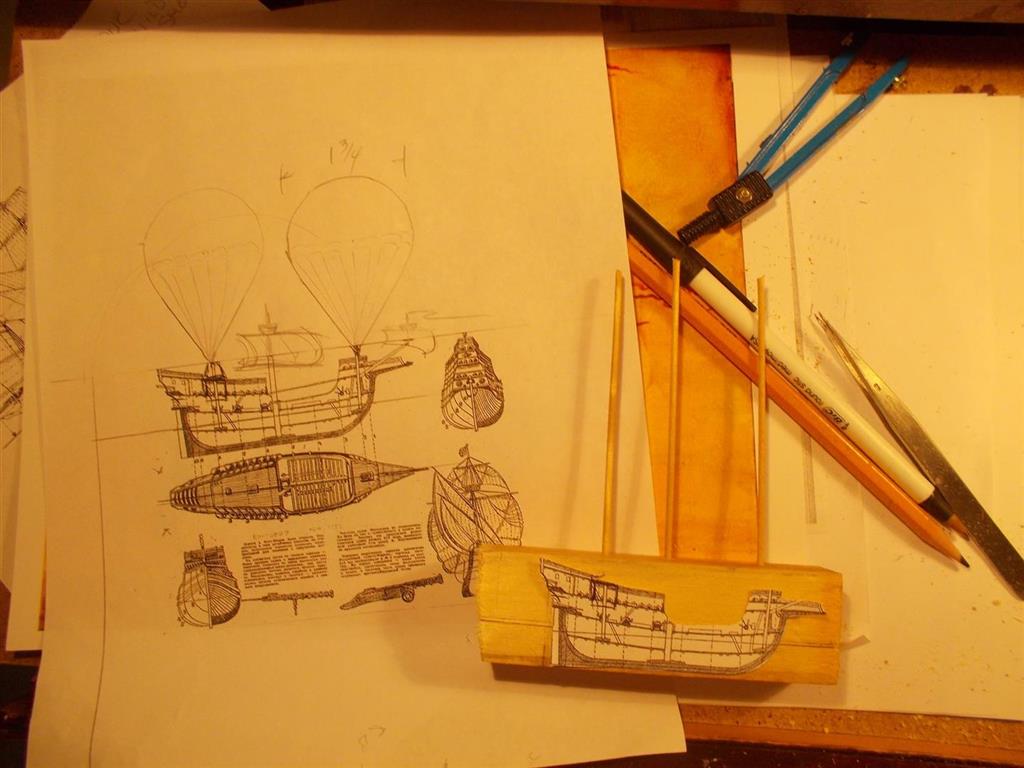 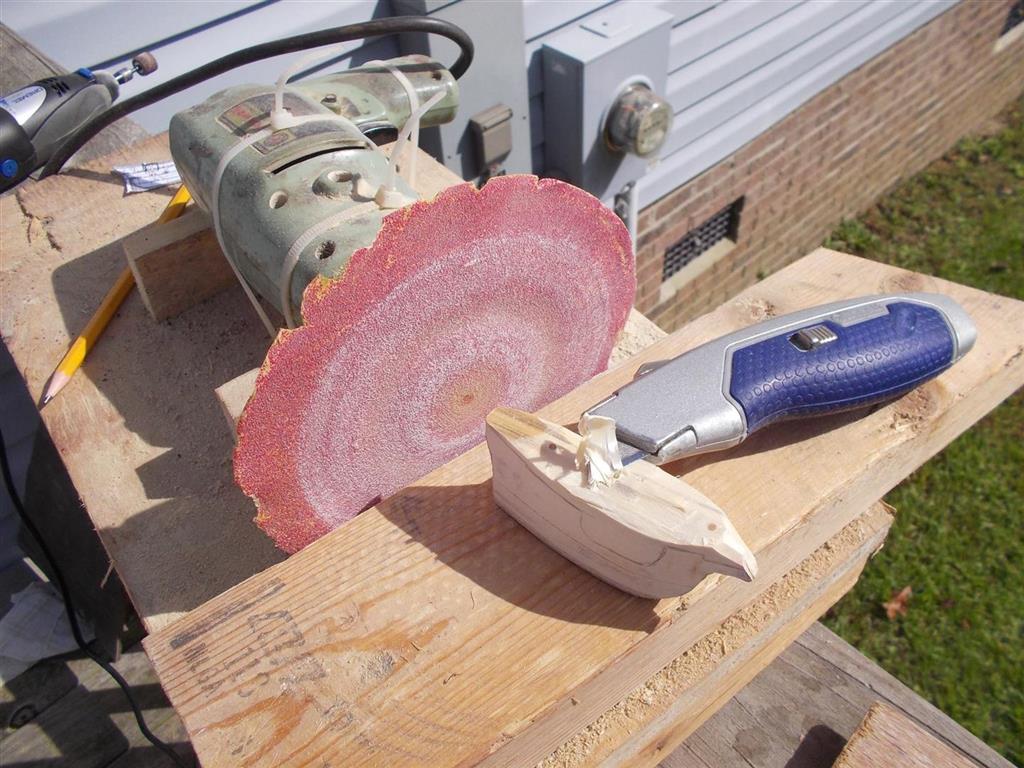 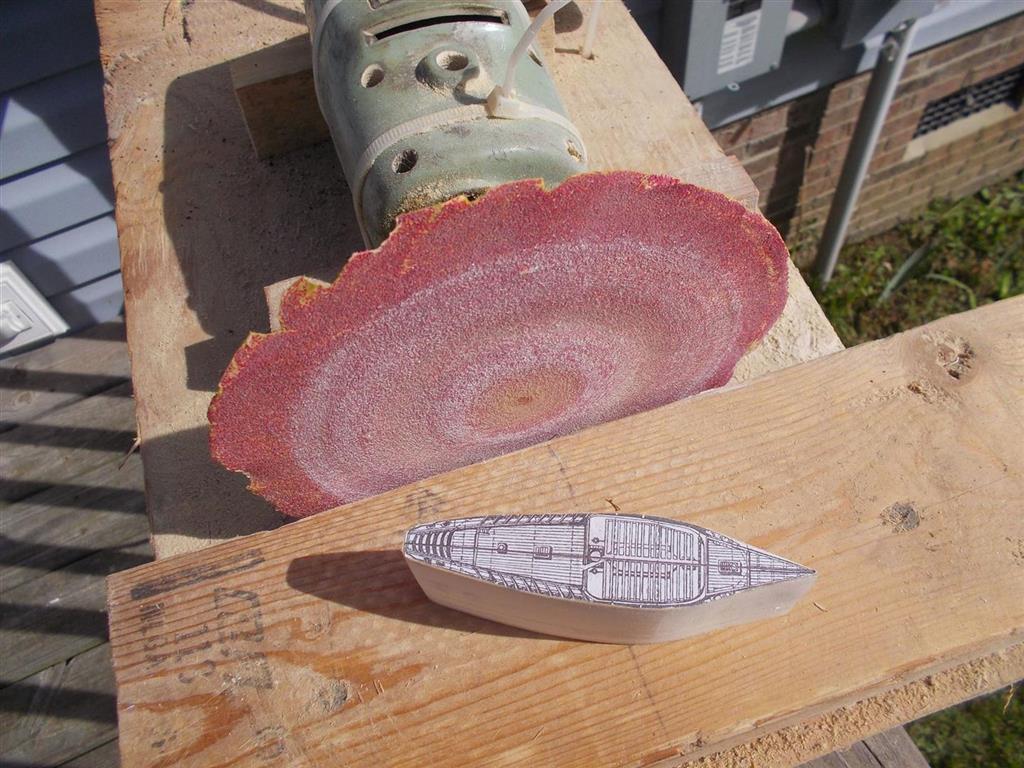 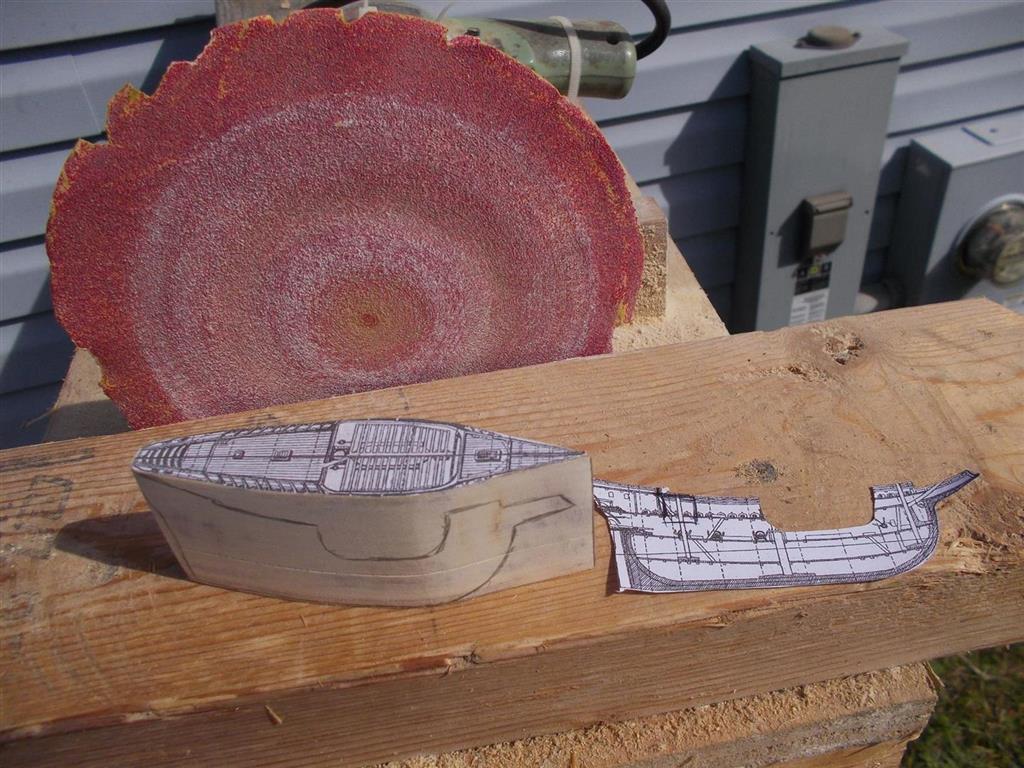 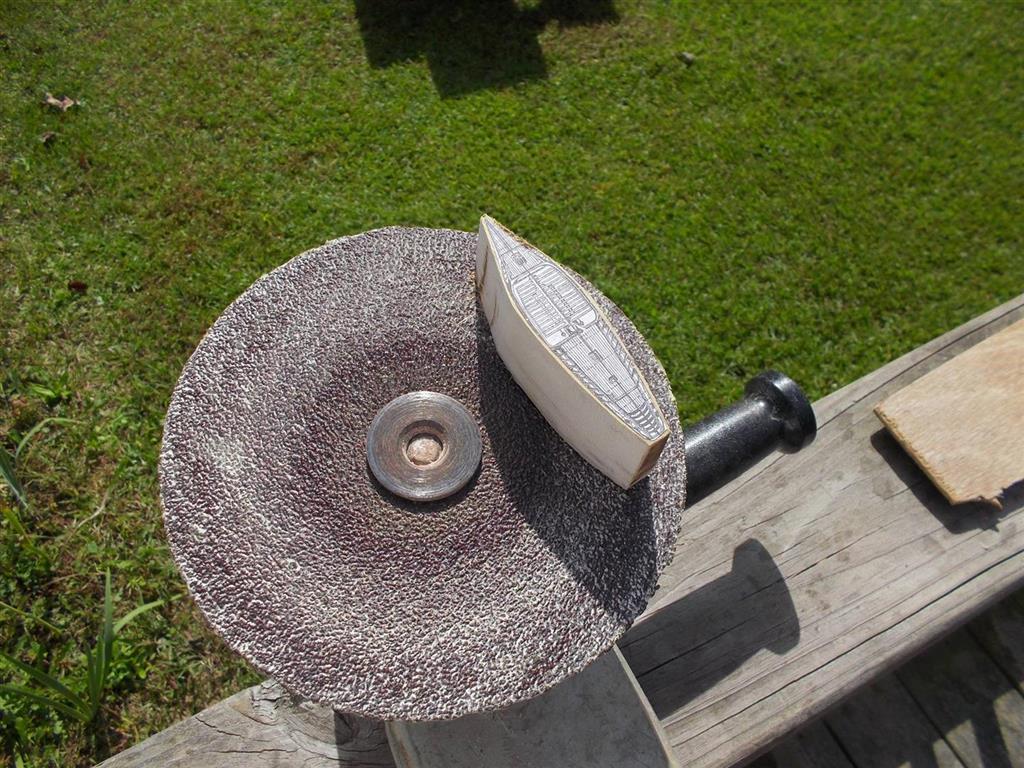 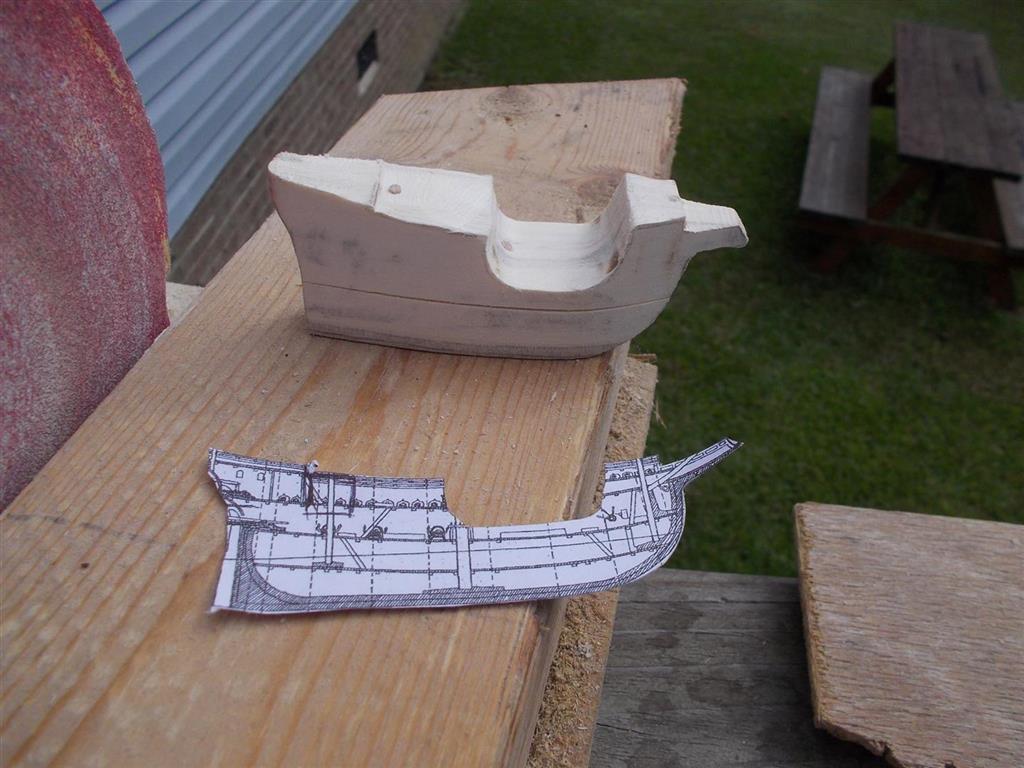 A little progress on the "Fantasy Build"

Stained the hull and added some strakes , still a lot of detail work to do. 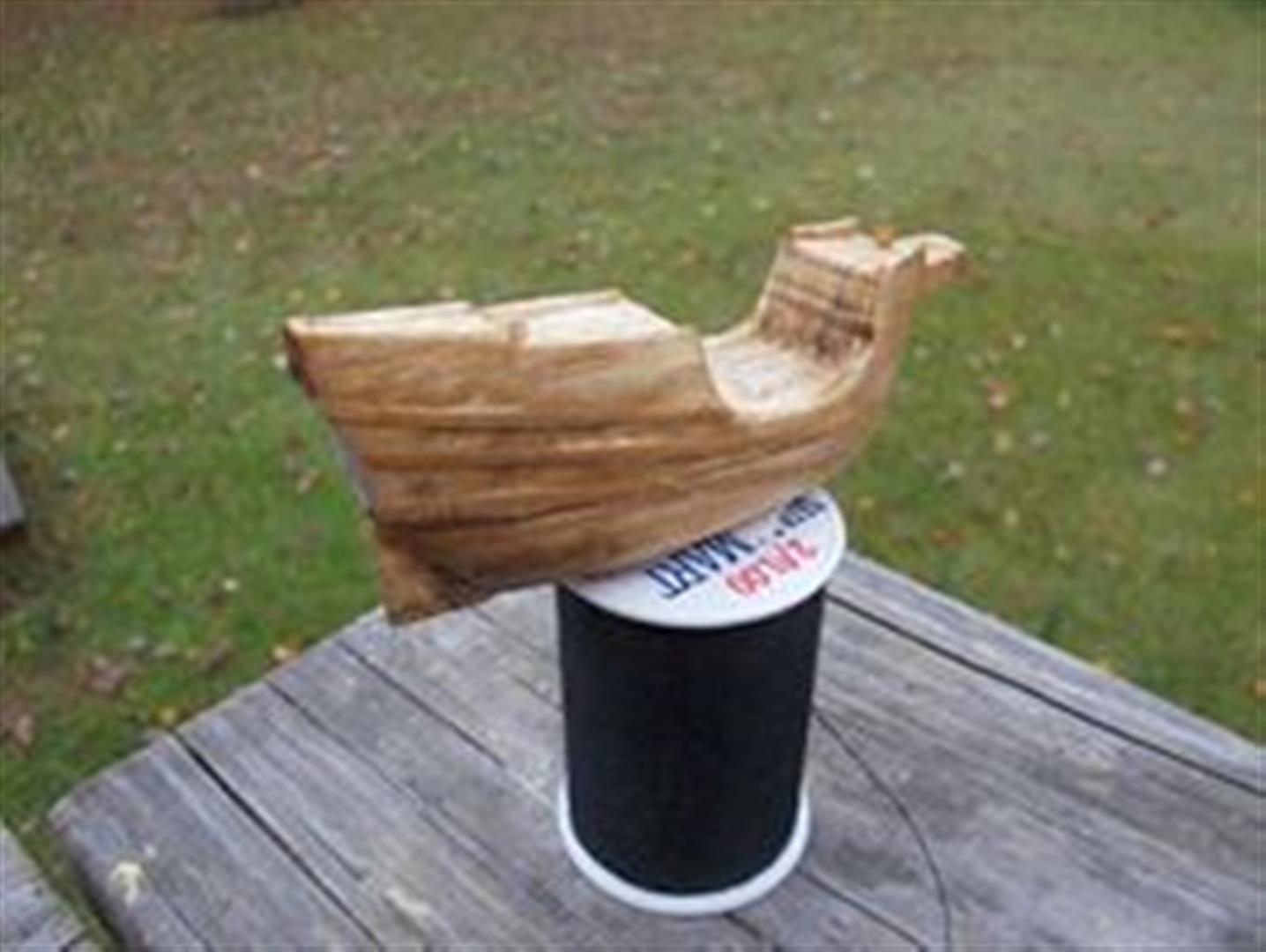 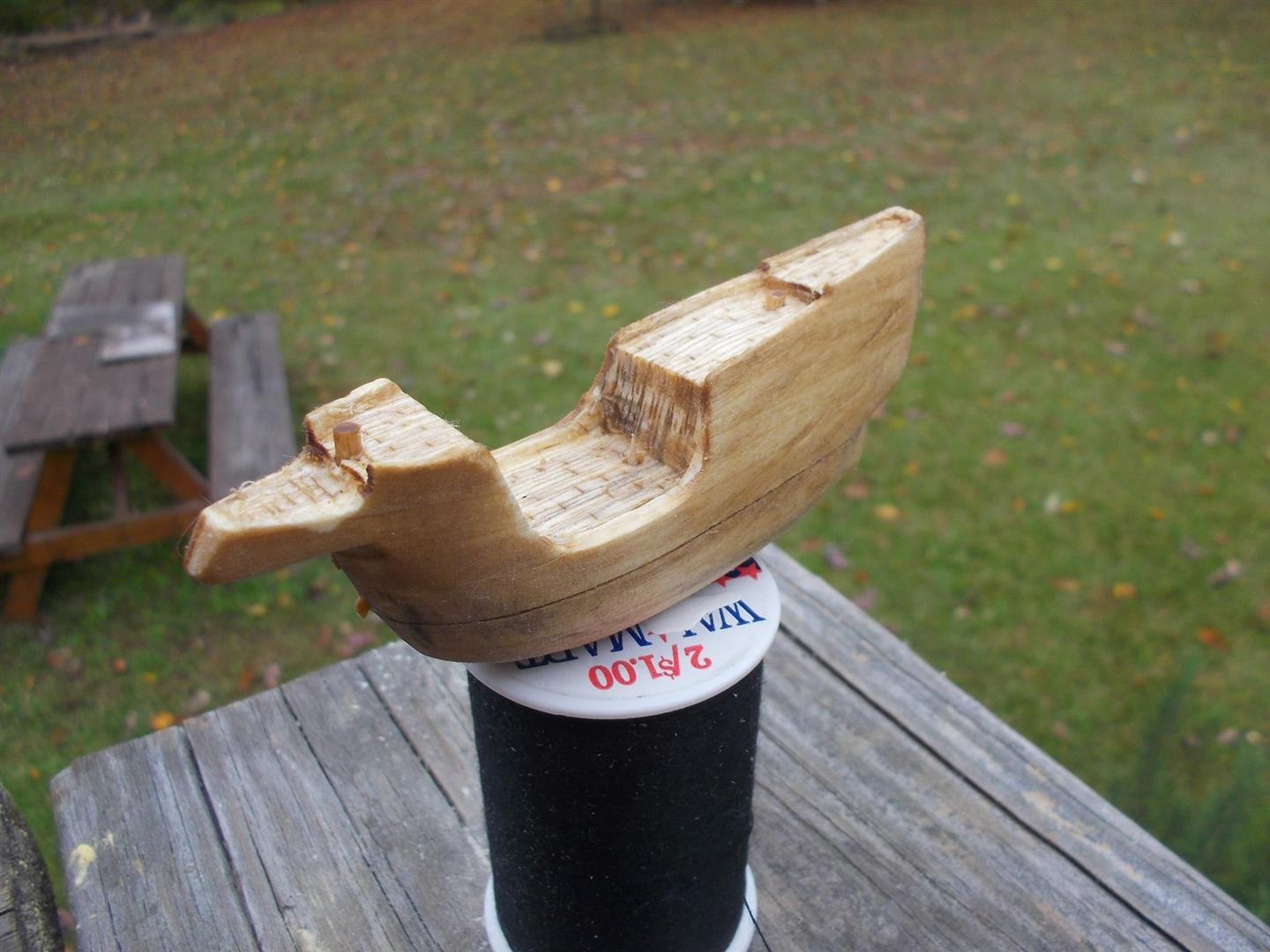 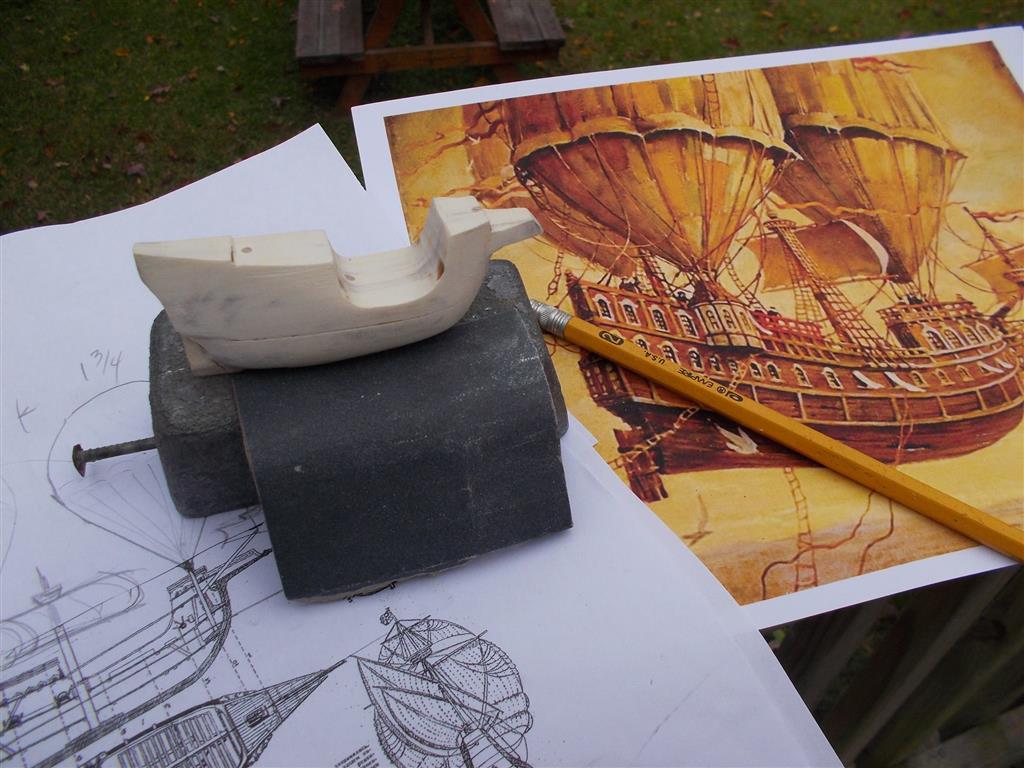 A little progress on the "Fantasy Build." Added some shape to the hull this AM. 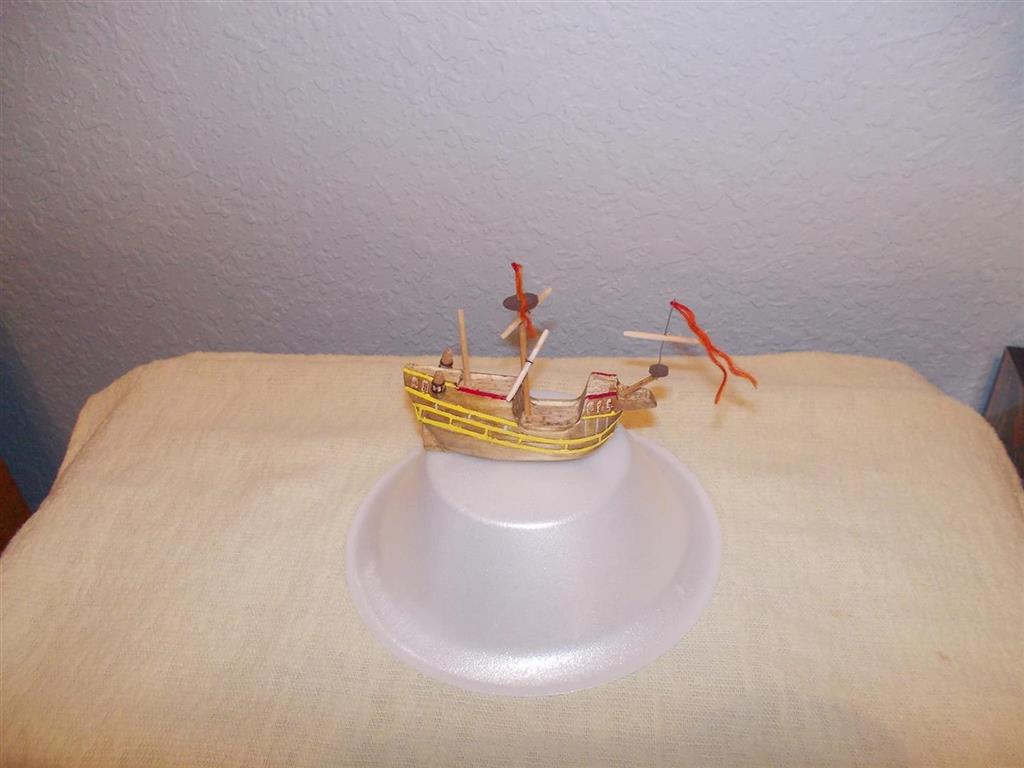 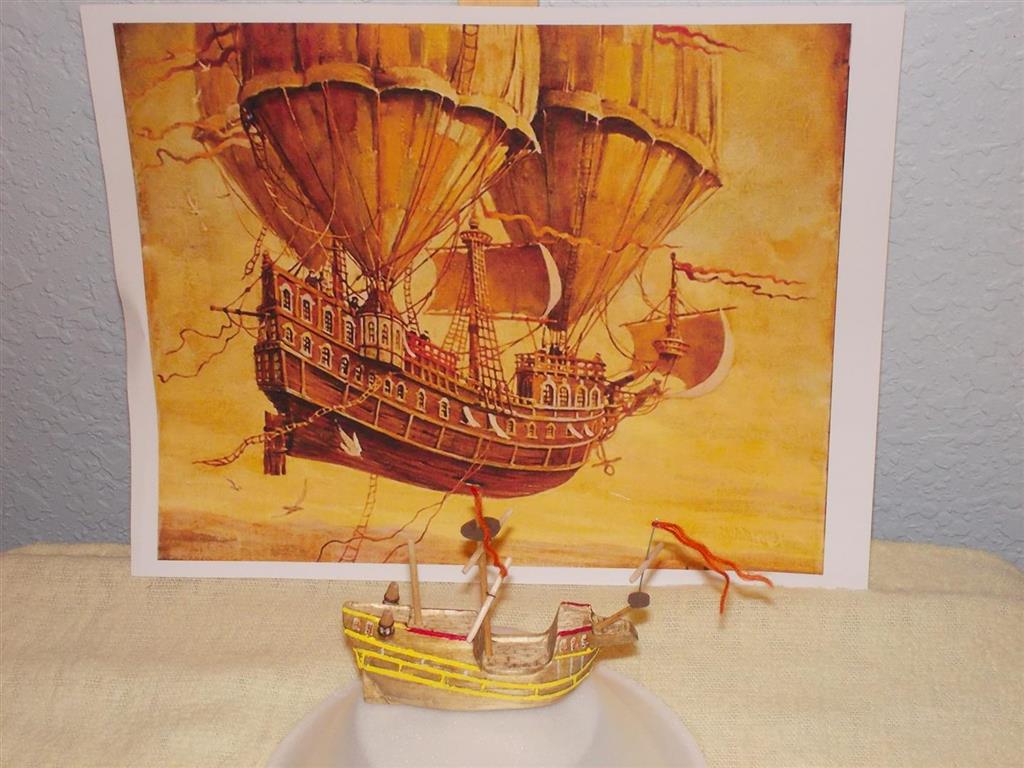 Idea for filling the ballons - Plan A.......... balloons filled with insulating foam via straw.

A little progress on my "Fantasy Build." Starting to work on suspending the ship from the bottom of the bottle ie my "flat earth" build............ the earth / land will be placed just inside the neck of the one gallon jug, got some more detail to add to the ship. Still working out the installation of the balloons, got several ideas to try 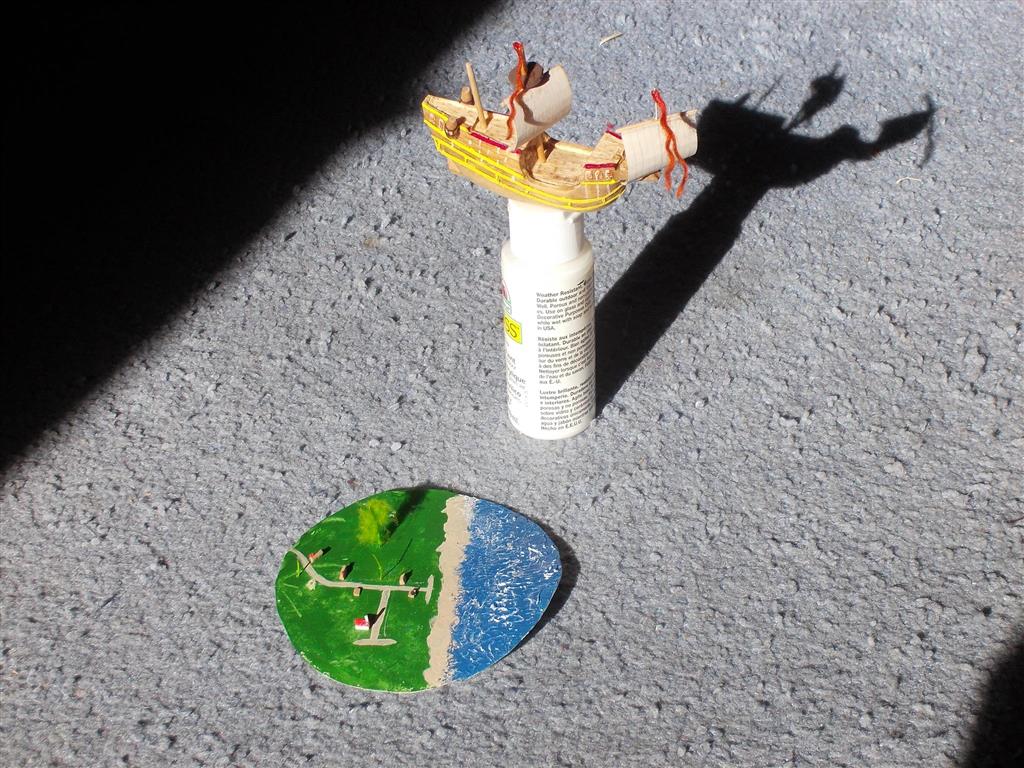 After many failed attempts to make the "balloons" I ended up using some "knerf" balls purchased at the Dollar store. After spray painting them, I used the net packaging and  compressed them by rolling up REAL tight in paper , them inserted them in the bottle . Epoxied to the bottom of the bottle. 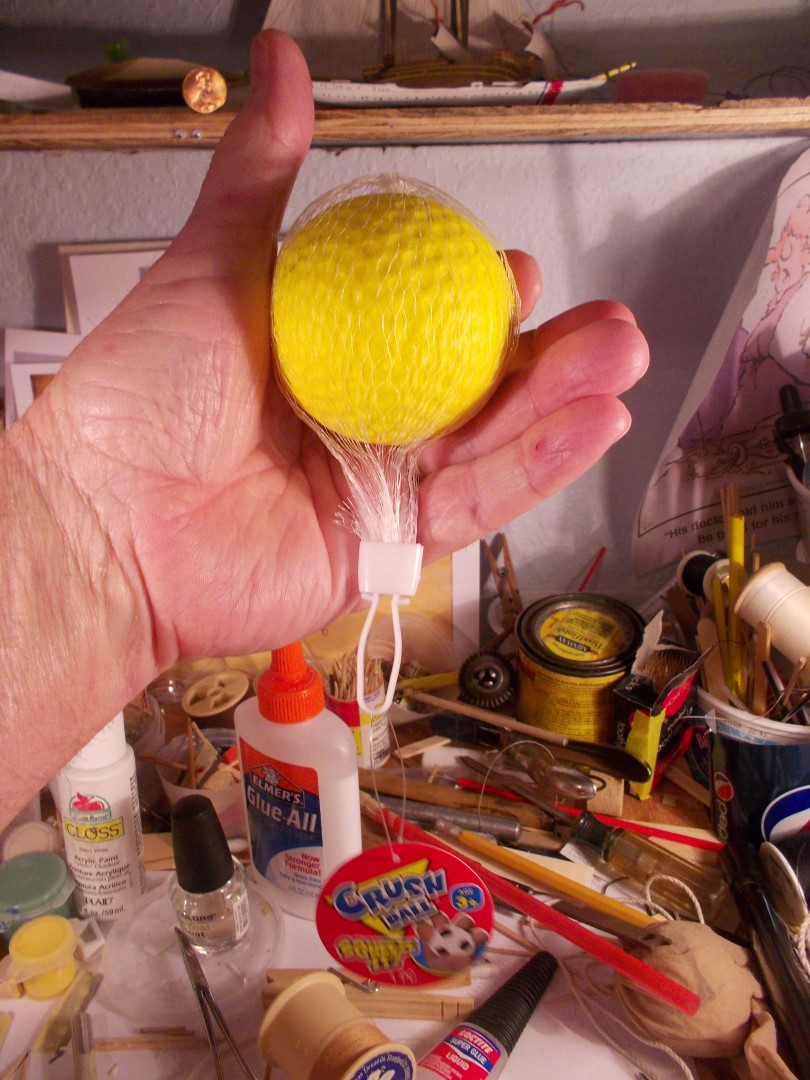 The landscape on a paper disc , painted with small buildings made from craft foam, trees are feathers. 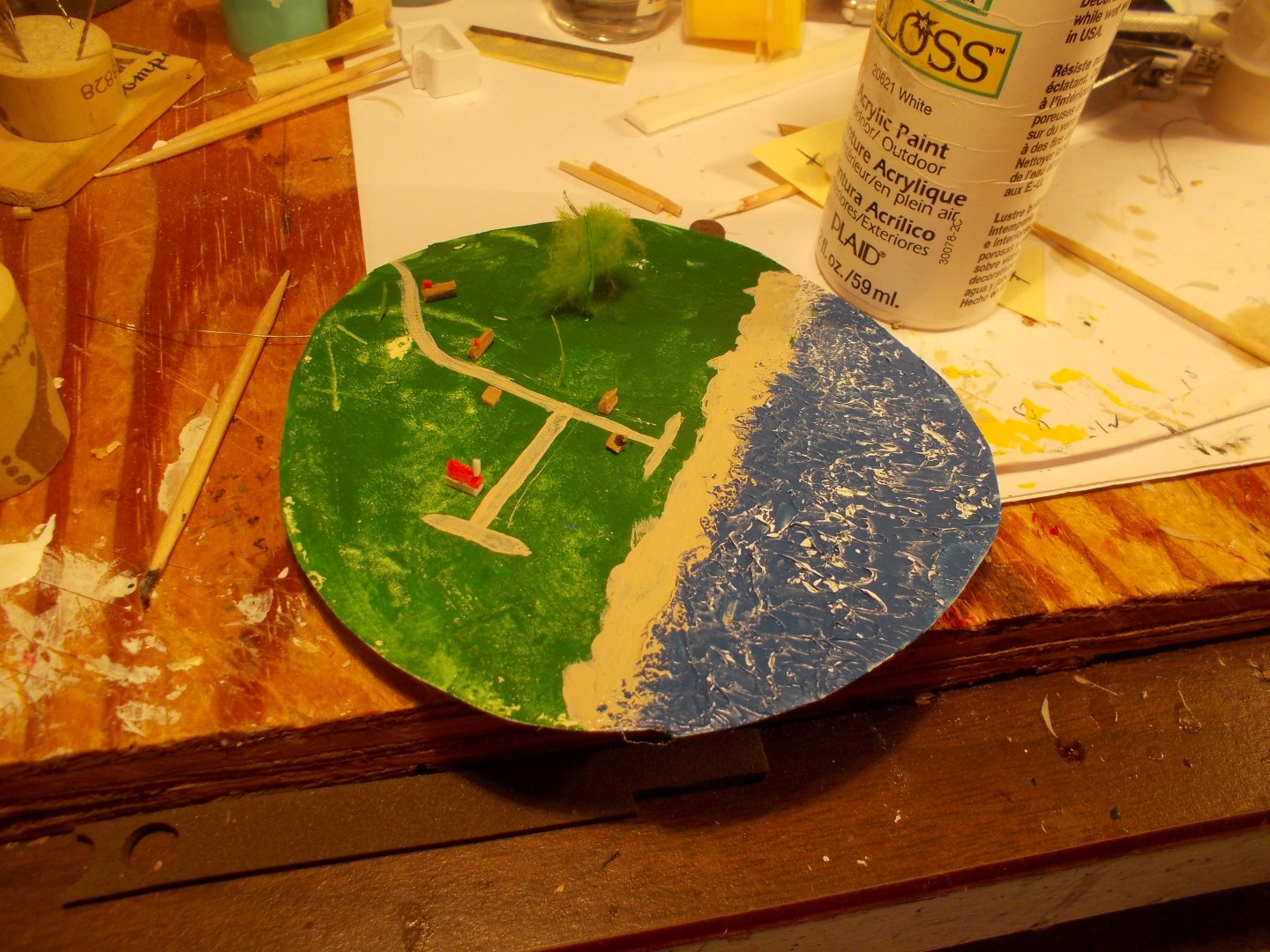 Putting the "Balloons" in the bottle. The ship will hang from them  with the landscape "disc" installed last , a similar build to my "Flat Earth" project....... Got way to many irons in the fire ! 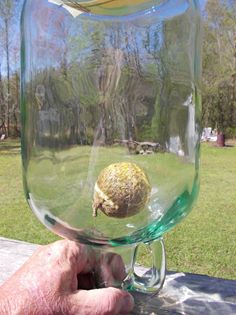 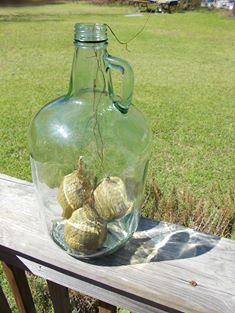 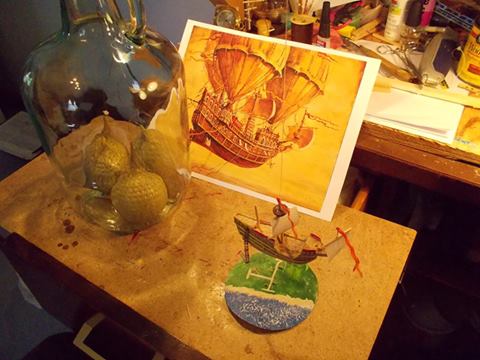 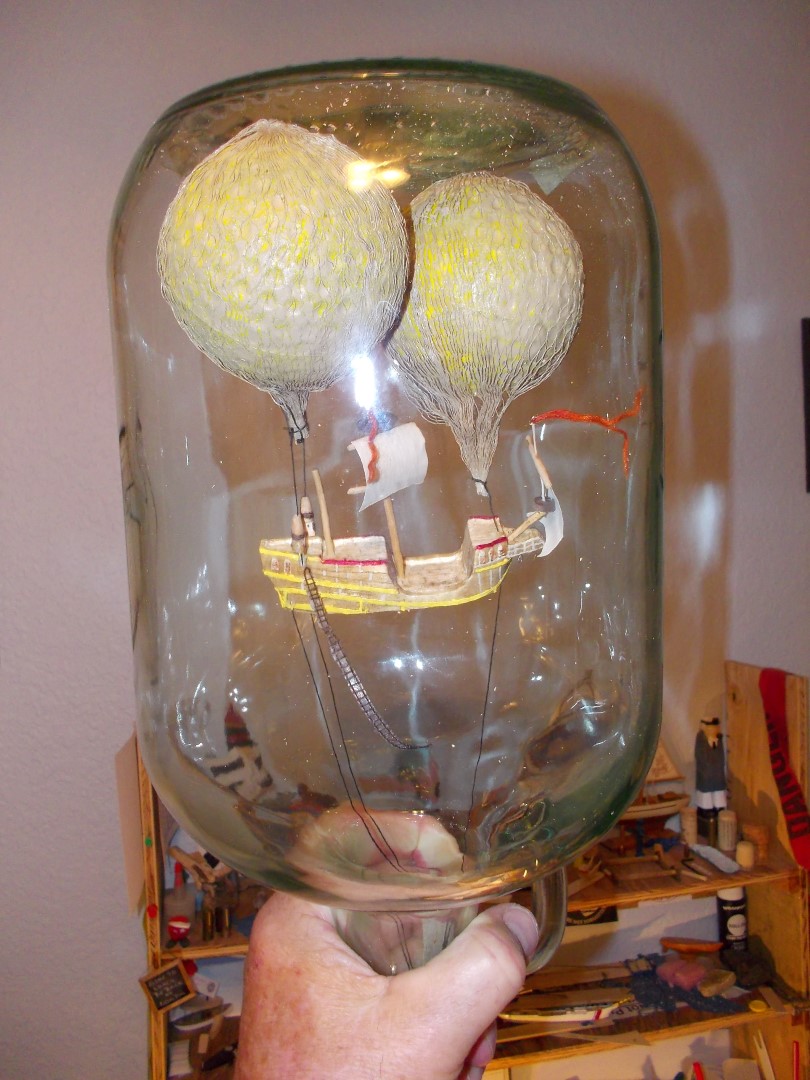 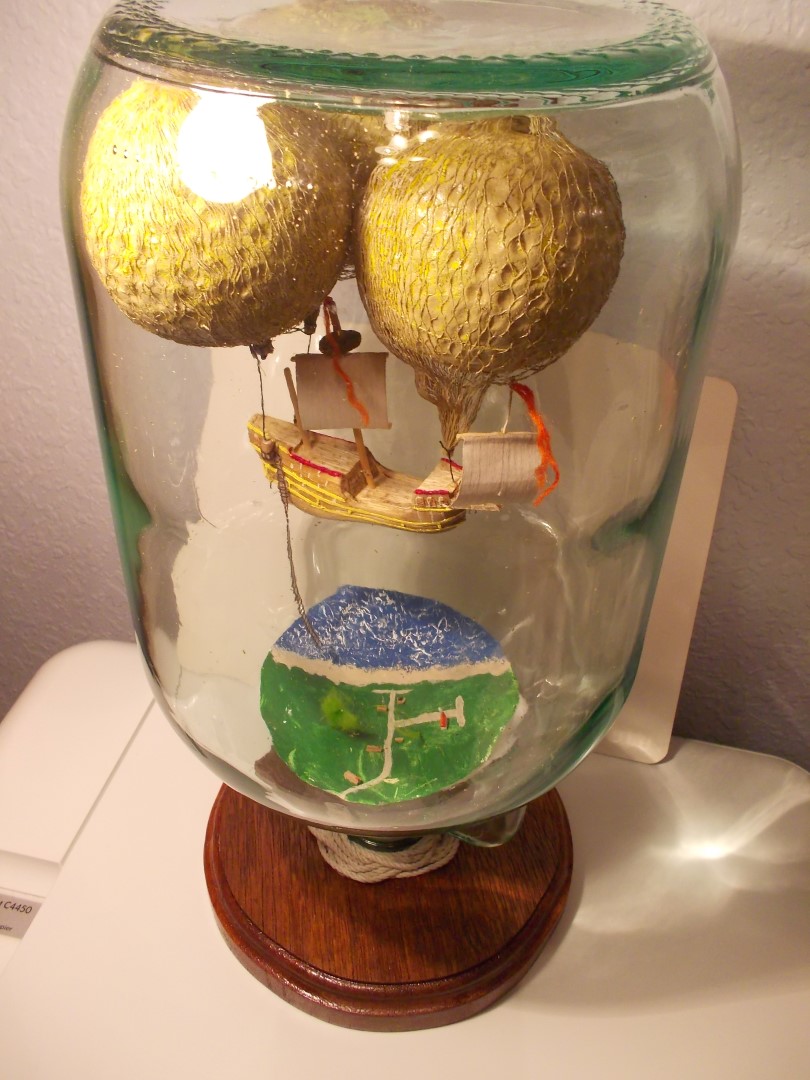 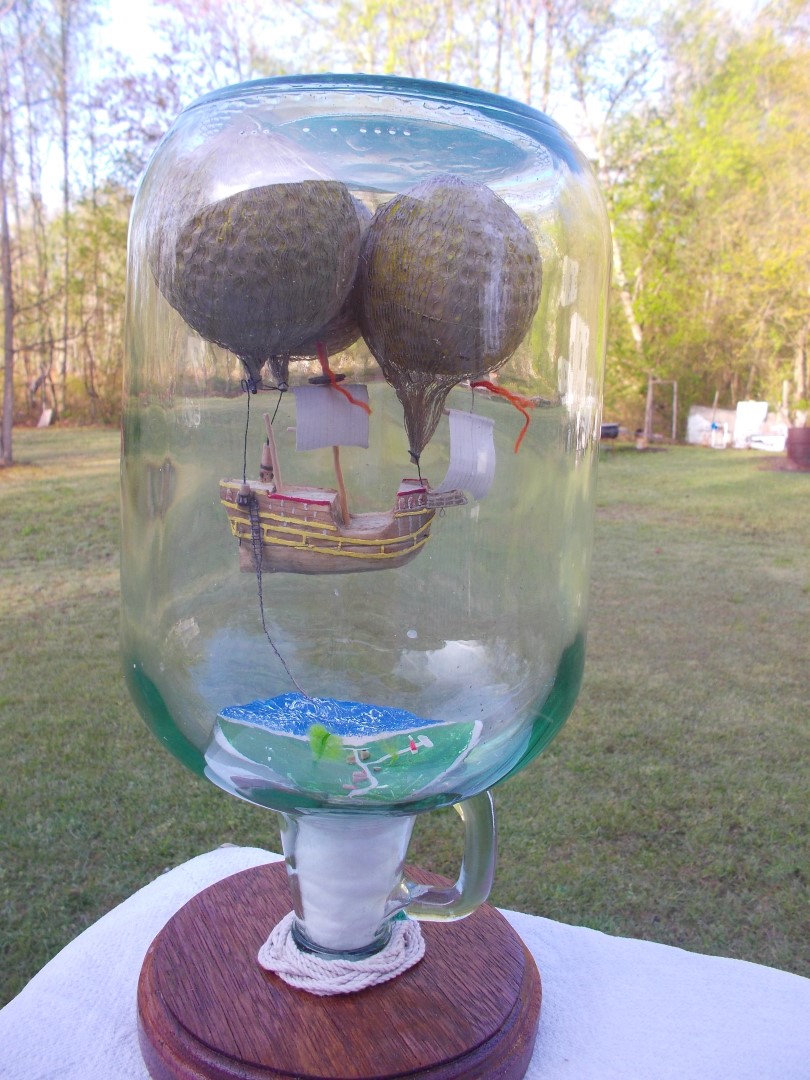 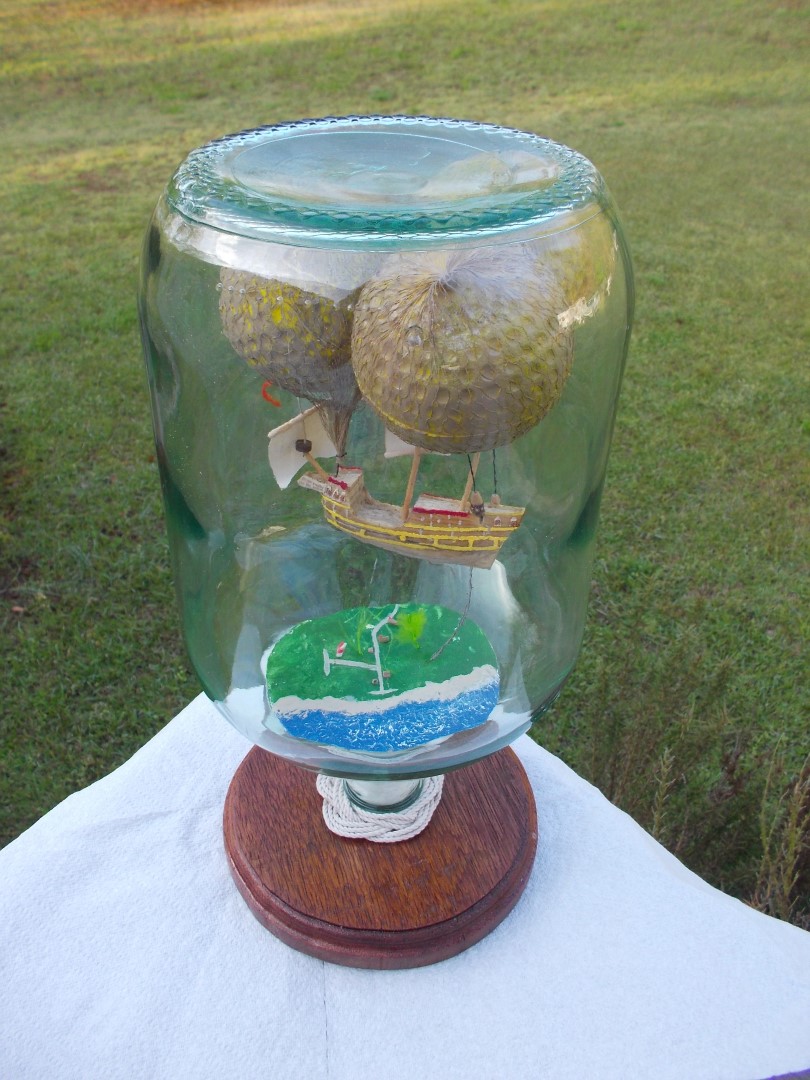