The following photographs document the building of the "Taj Mahal" which I made with poplar wood in a 750 cc bottle. 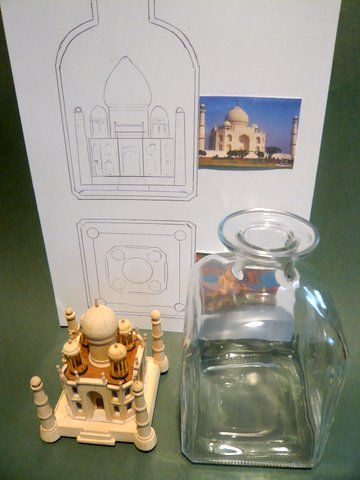 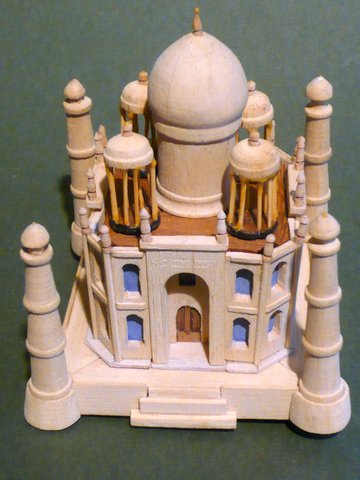 3. the many pieces that make up the object 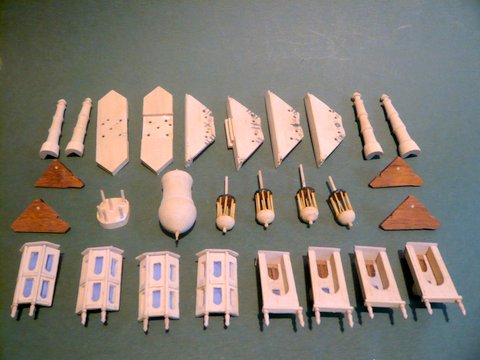 4. fixing the base which is seen from below with name and date 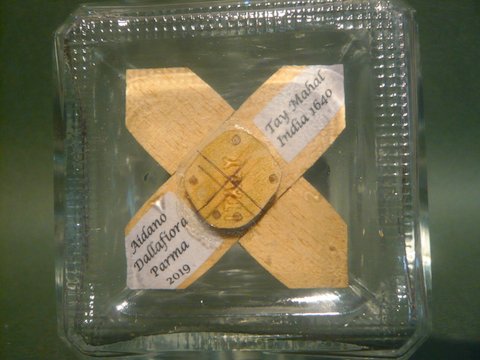 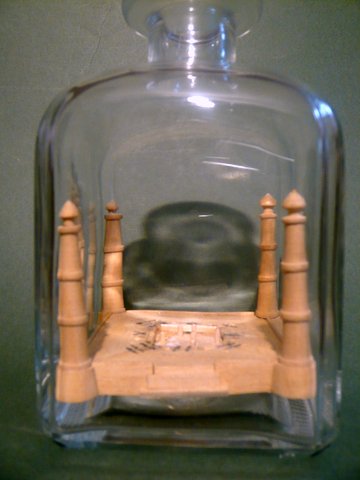 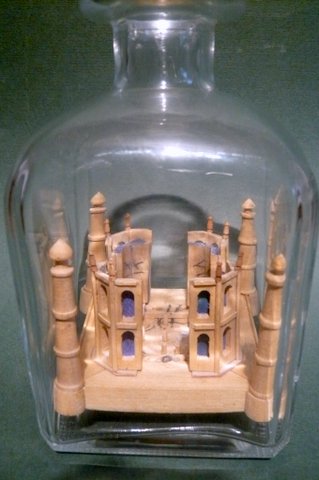 7. seen from the neck hole, note the tickets stuck in the corners with personal names etc. 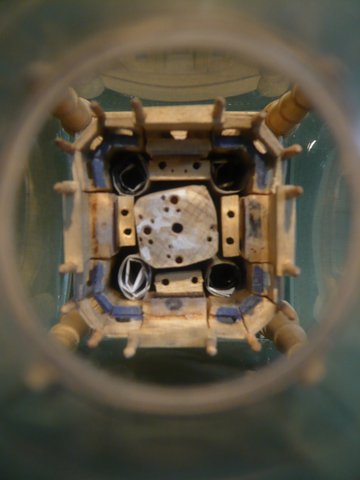 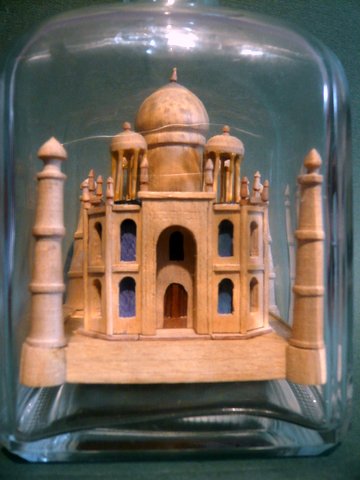 9. complete with base and plug. 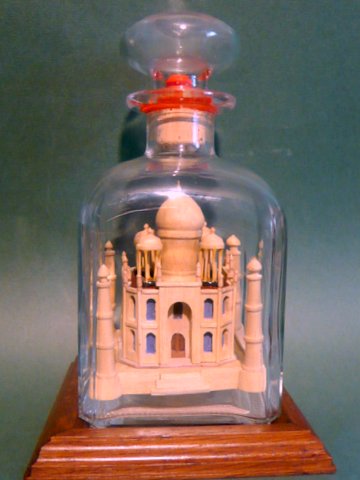 A description of the monument that is part of the nine wonders of the world.

The Taj Mahal, which literally translated means "the palace of the crown" or "the crown of the palace", is the name given to a stupendous building located in the Indian town of Agra, whose origins are very uncertain.

According to tradition, the work was intended by the Indian emperor Shah Jahan, to realize one of the promises made to his wife when he was still alive.

The work, which began in 1632, ended only in 1654 and employed the work of many artisans, some of whom came from Europe, who used different materials from all over India and Asia.

In total, there are 28 different types of precious and semi-precious stones set in white marble as a decorative motif of the entire structure.

During the twentieth century the building was well cared for: in 1942, during the Second World War, the Indian Government in fact erected a scaffolding around the structure to defend it from damage caused by air strikes and this precaution was taken even during the war between India and Pakistan, between 1965 and 1971.

However, in recent years the Taj Mahal has had to face a far more subtle enemy: pollution. Because of the fine dust, in fact, the white marble of which it is covered is turning yellow. In order to solve this problem, in addition to the normal cleaning operations regularly commissioned by the Indian Government, a special treatment intervention on marble should also be done, which would require a great sacrifice of economic resources, so that the local authorities, precisely to curb the costs, have decided to opt for preventive measures, such as the law prohibiting the construction of polluting industries in the area around the Taj Mahal.

The Taj Mahal architectural complex is composed of five elements: main: the darwaza (gate), the bageecha (garden), the masjid (mosque), which represents the place of worship of pilgrims and the structure that sanctifies the entire complex, the mihman khana ("guest house", also called jawab) and finally the mausoleum or the tomb of emperor Shah Jahan.