Smakship in a Bottle - by Frans Dekker

Making the Bonaire - by Frans Dekker

Making of the BONAIRE 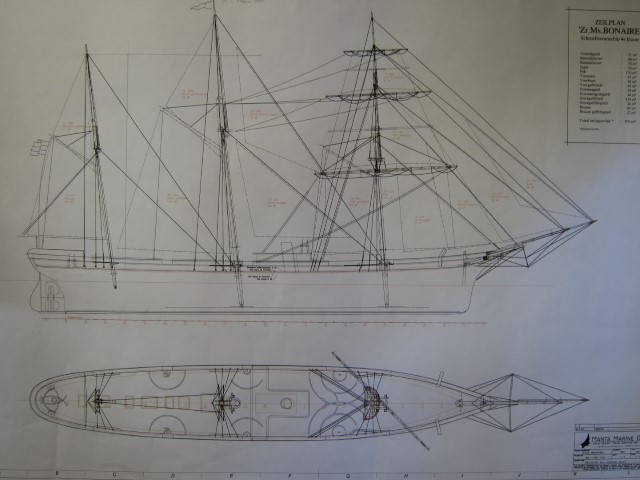 In dock no 1, build in 1811 in order of Napoleon in the navy harbour of the Netherlands, Den Helder, lies the screw/steamship Bonaire. The Bonaire, build in 1877, is one of the 5 remaining ships in the world whit a special propeller. Under sail she good left the screw to lessen the resistance in the water. She is the oldest navy ship build in the Nederland’s. Besides the steam engine she had 3 masts with sails. The Bonaire wash build of iron and a teakwood boarding. Over the teakwood boarding she had a skill of zinc plate. Mostly she did here job in the Caribbean on patrol against pirates. 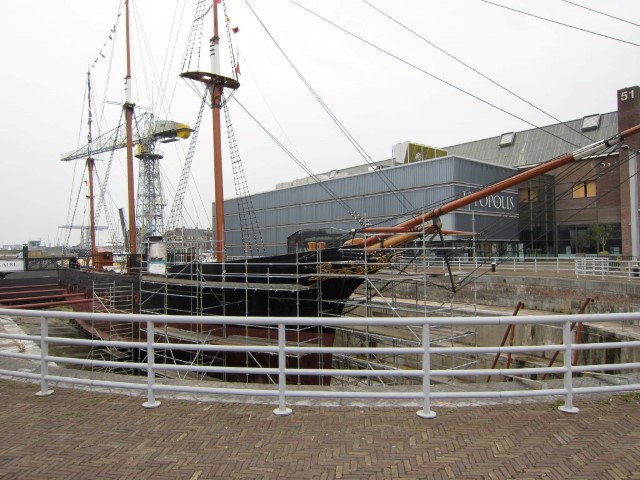 In 1902 she left the navy and during that time until 1988 she was the home of students for the maritime academy. After that time she was…doing nothing. Than an old navy officer remembered her and he “organised” a restauration plan. The Bonaire was tugged over the see to a part of the old navy harbour, new a maritime museum. A few days before she good sail into the dock she…sunk, just 100 meters before the dock. She lies in shoal water and with the tide here bottom bumped on the see bottom. After a short time she was pumped up and put into the old dock no 1 for the rest of her life. The condition of the Bonaire is so bad that she good not take see any more. 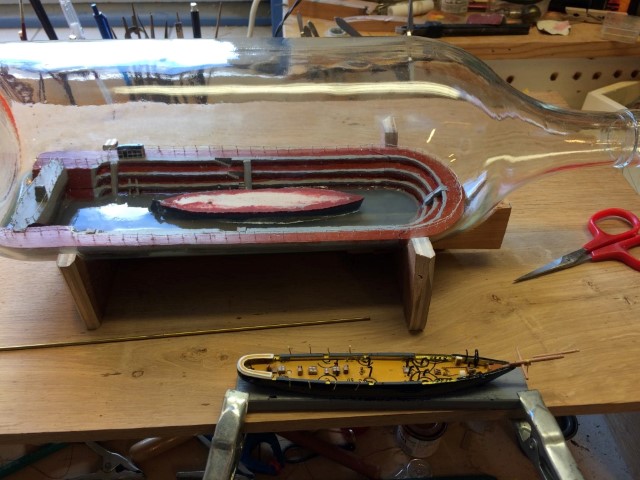 I build the Bonaire the bottle, IN the dock. De dock is built of several parts, not wider than 18 mm, the size of the bottle neck. After I put the parts of the dock into the bottle I build them together with some glue. 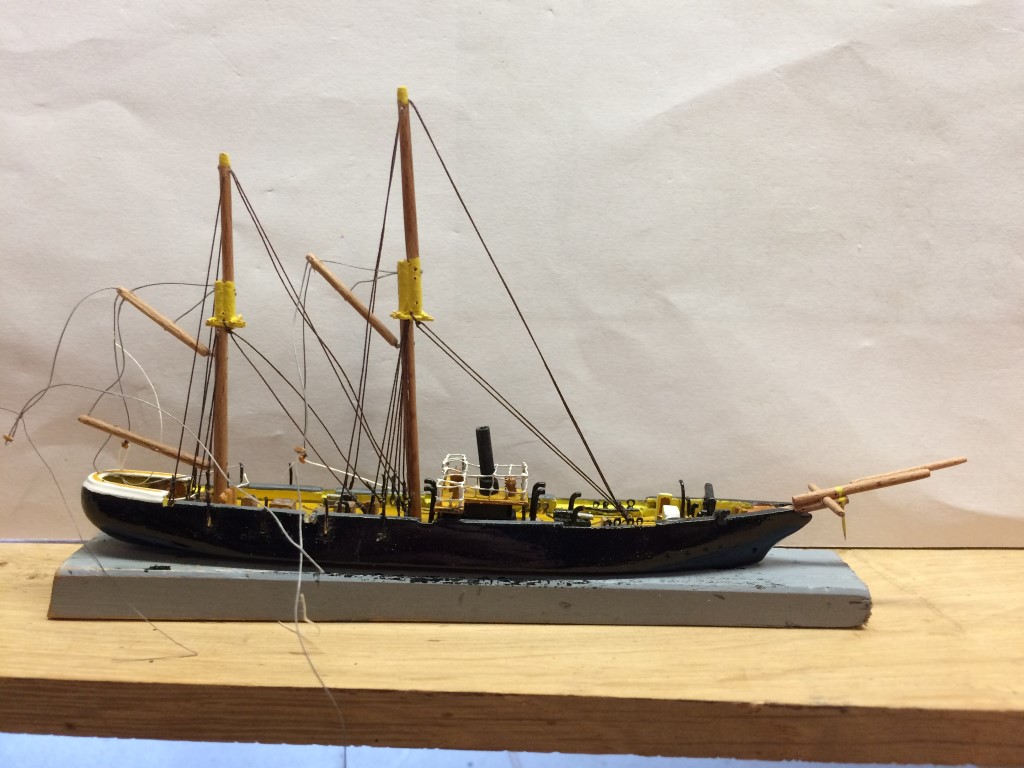 Because the Bonaire was in the dock the lifeboats are laying on the shore.