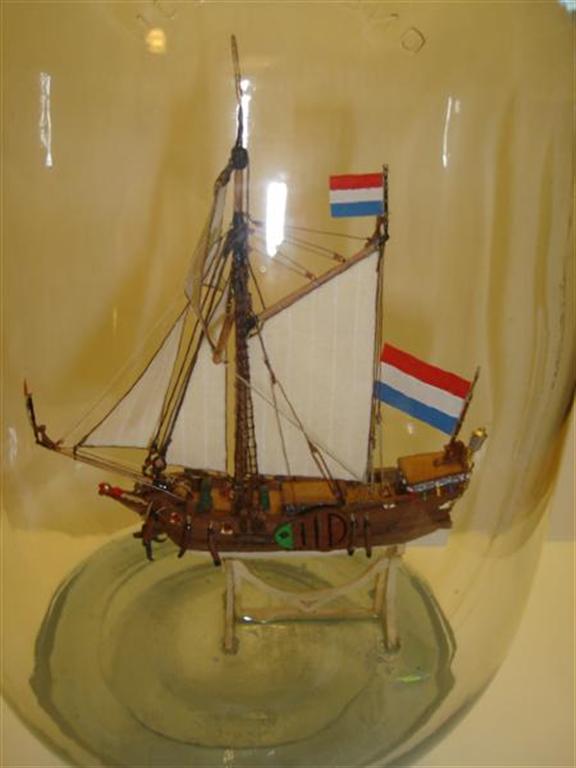 One of the (many) ships models I wanted to make is a “Statenjacht”. This kind of yacht is not a yacht as we see it to day. At the time the were used (1600 – 1800) many ships ware named as yacht. It means that the ship was a fast one, it good hunt after other ships. (jacht of yacht = hunting).There were two kinds of Statenjachten.  One was for the government of united Dutch republics (Holland was at that time not a kingdom but a sort of united states). The other one was for the United East India Company (VOC) and rich individuals.The different is that de ships of the Government after 1631 only where aloud  the statues en relics on the ships cover whit gold. The reason for it was that the VOC became so rich that the were covering al there ships whit gold.  So it look likes the VOC was more rich than the State!!!! After that time the VOC hat to paint the statues whit a special colour yellow, covert whit lacquer. From a great distance it looks like it is gold. The yacht I made was one of the government.

De hull was made of peer-wood in 2 sections, starboard and port-side. The deck is made of self-made triplex. Made of pine-wood it gives a look if there is really a wooden deck whit different planking. I have tried to make every detail on this SIB, as there are chimney (2 x),deckhouse, statues, pulley, blocks etc. etc. 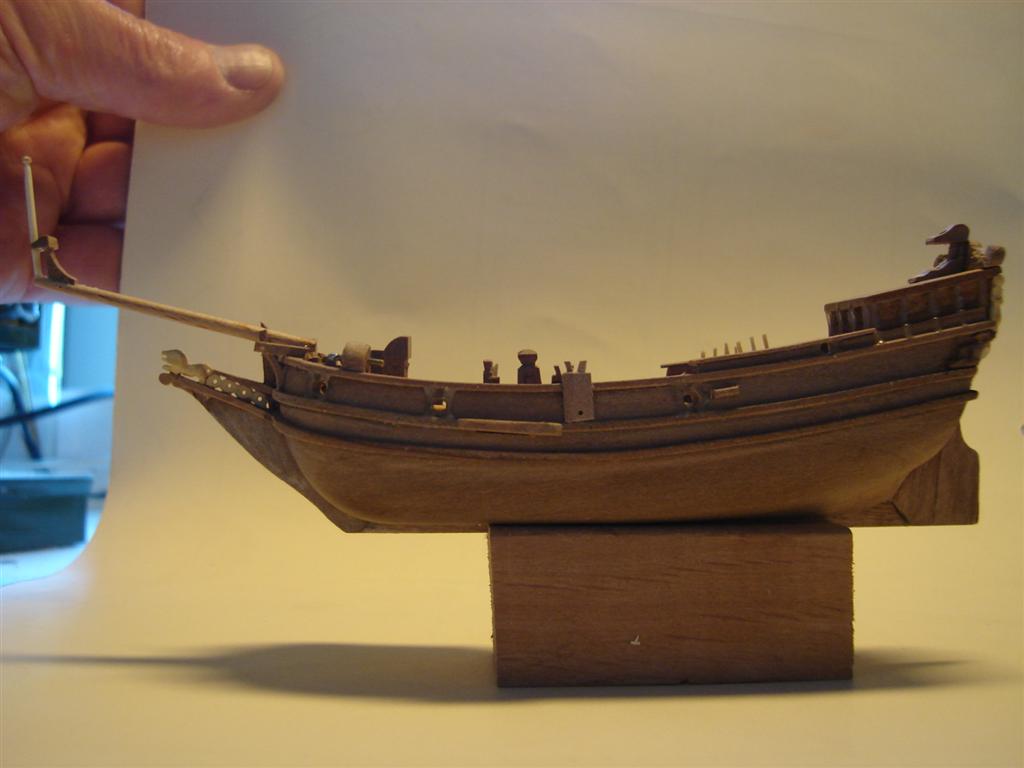 The small statues are made of glue, the bigger ones (6 mm long and 2 or 3 mm wide) of palm-wood.  The statue on the bow of the ship is made of palm wood and 7 mm high even as the lion under the bowsprit.Both deckhouses are not vast on deck, the were placed later on, after the hull was placed in the bottle. 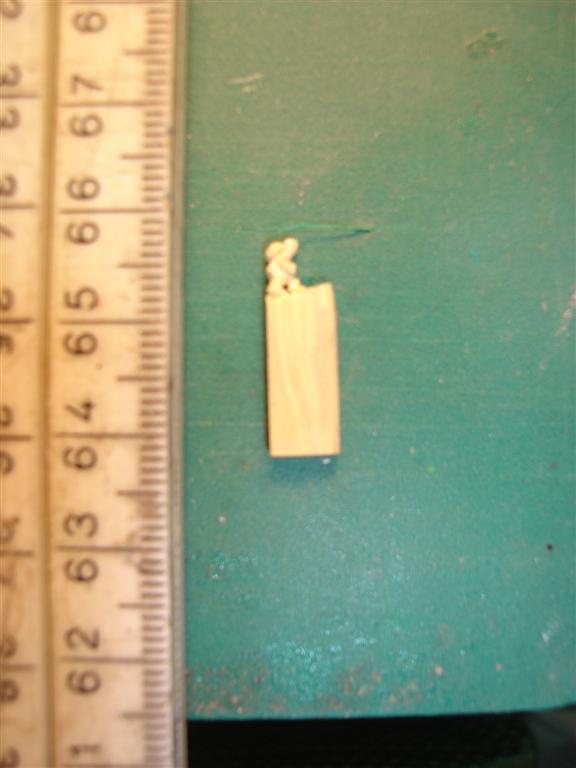 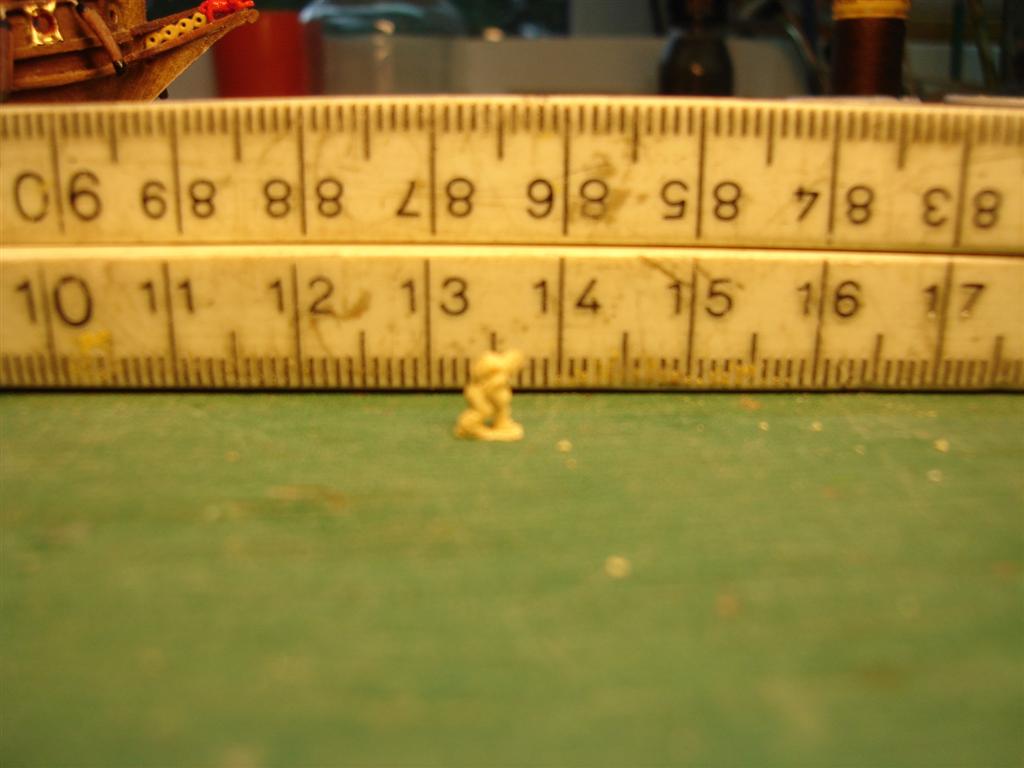 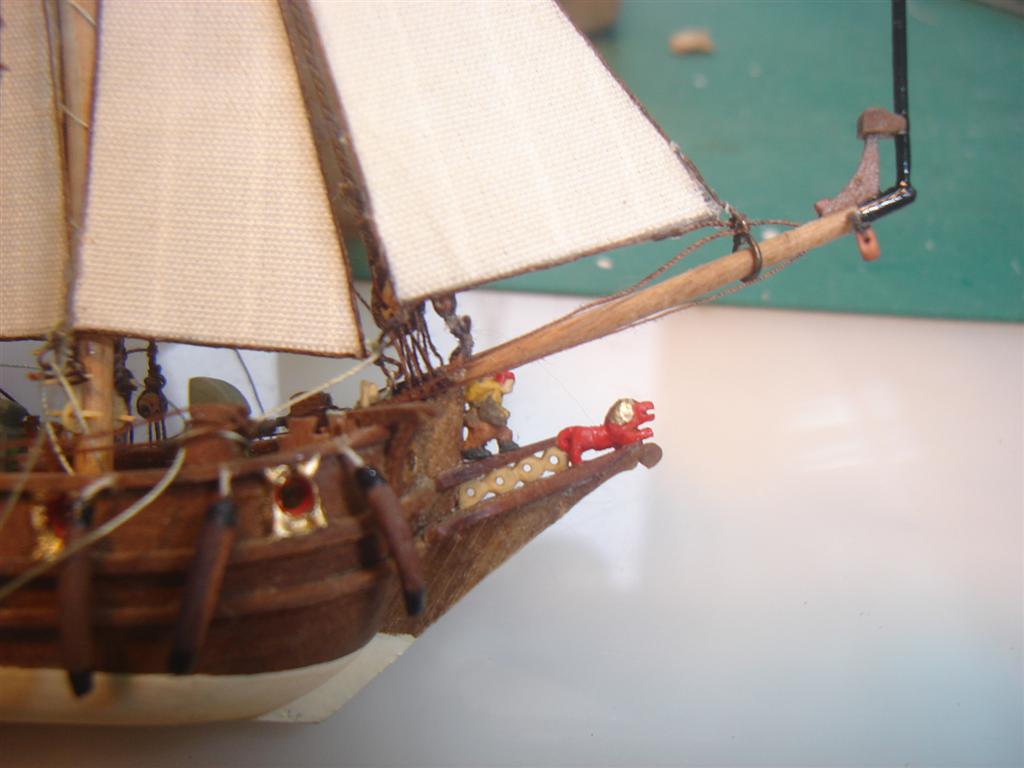 For the rigging I used different kinds of rope. The blocks are made of palm wood. The size of the deadeye is 2,5 mm round. There are 3 holes in it were the tackle En tout, le groupe Seminole a demande 15 000 machines a sous pour les 7 casino en ligne bonus qu’il opere. is going true.  There are 6 small guns on board, used to fire only by ceremonies and regulations. 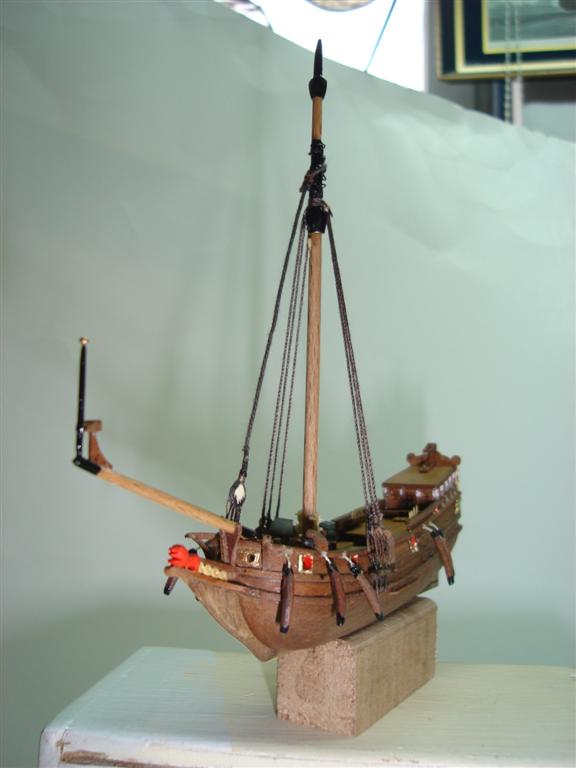 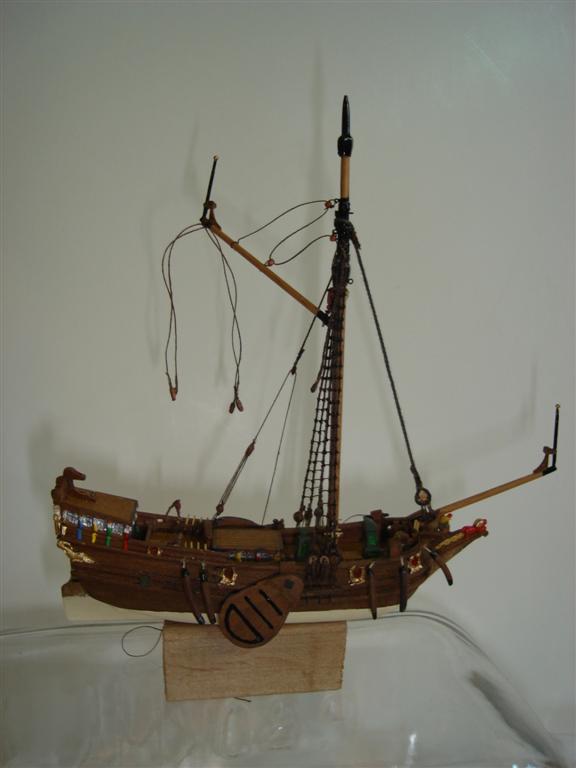 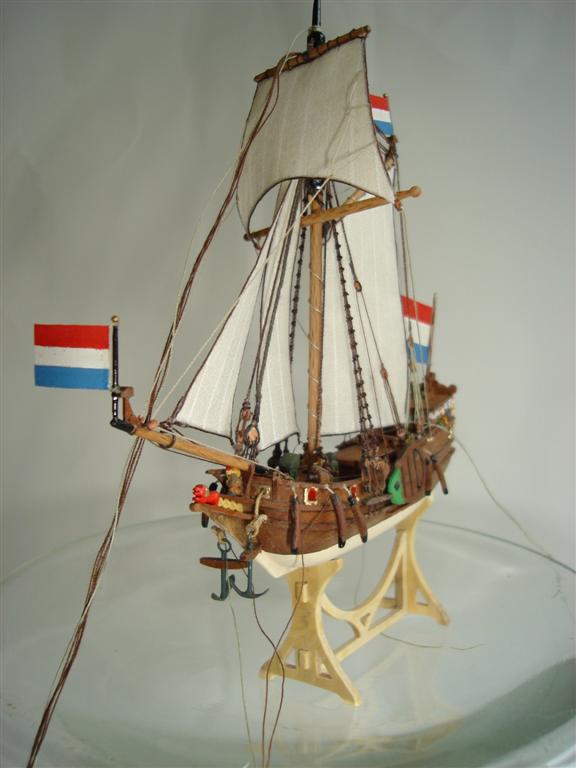 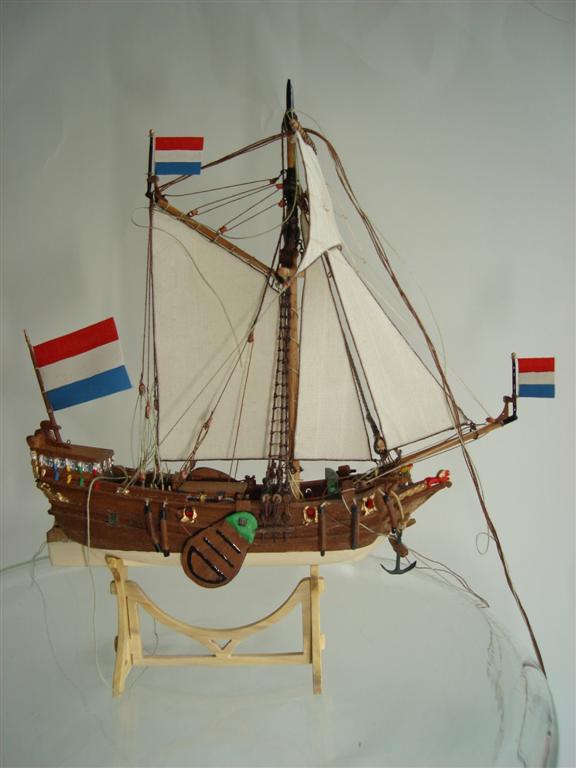 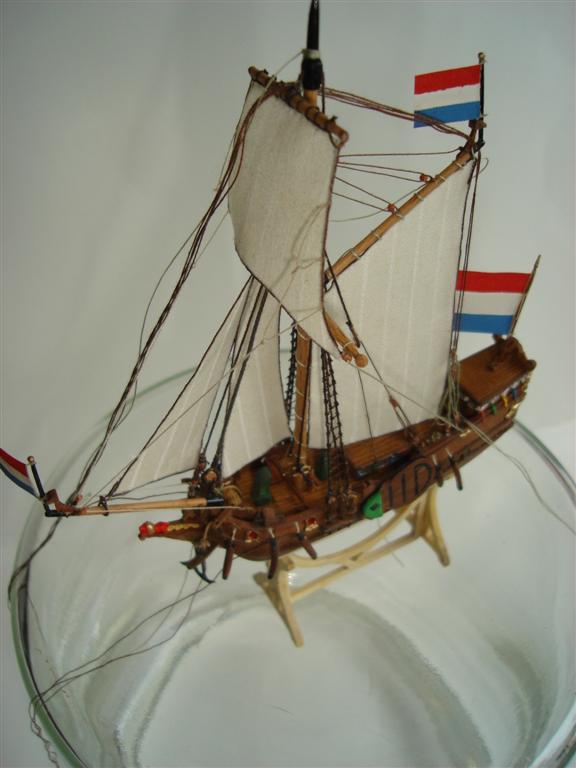 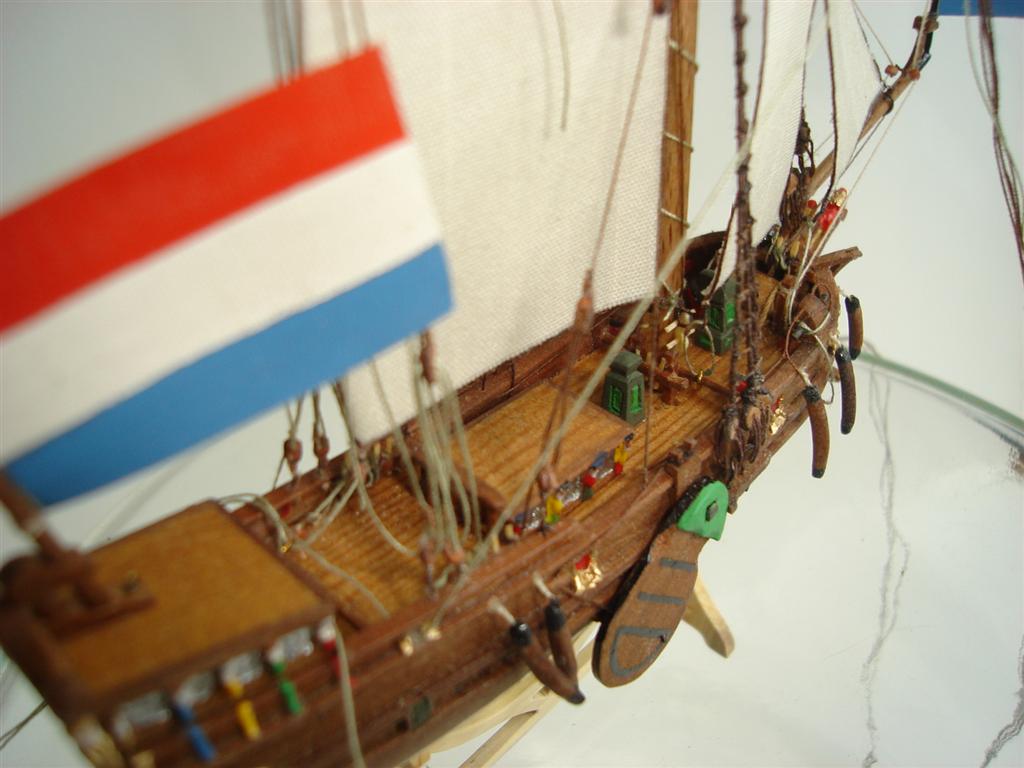 To put the SIB in de the bottle both sides where separated and in between where the mast, rigging and sails.I have made a “chair” for the SIB. When I put it in to the bottle I good not make it tide to the bottom so I decided to put some synthetic resin on the bottom of the bottle. And it works. It never can came out. 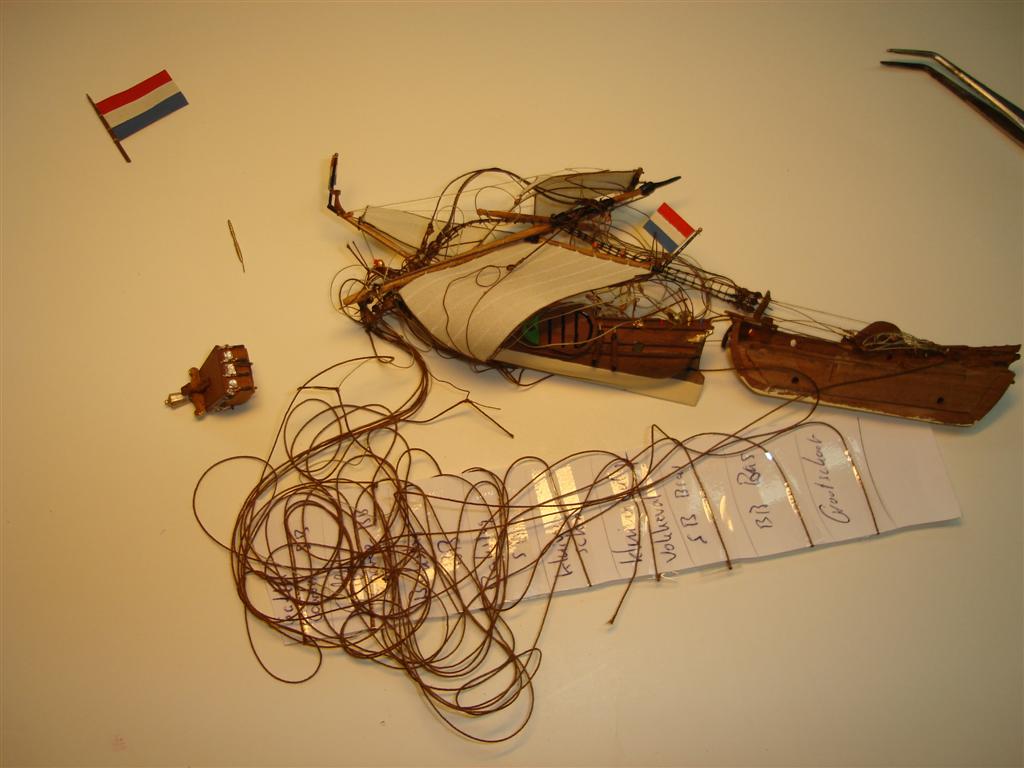 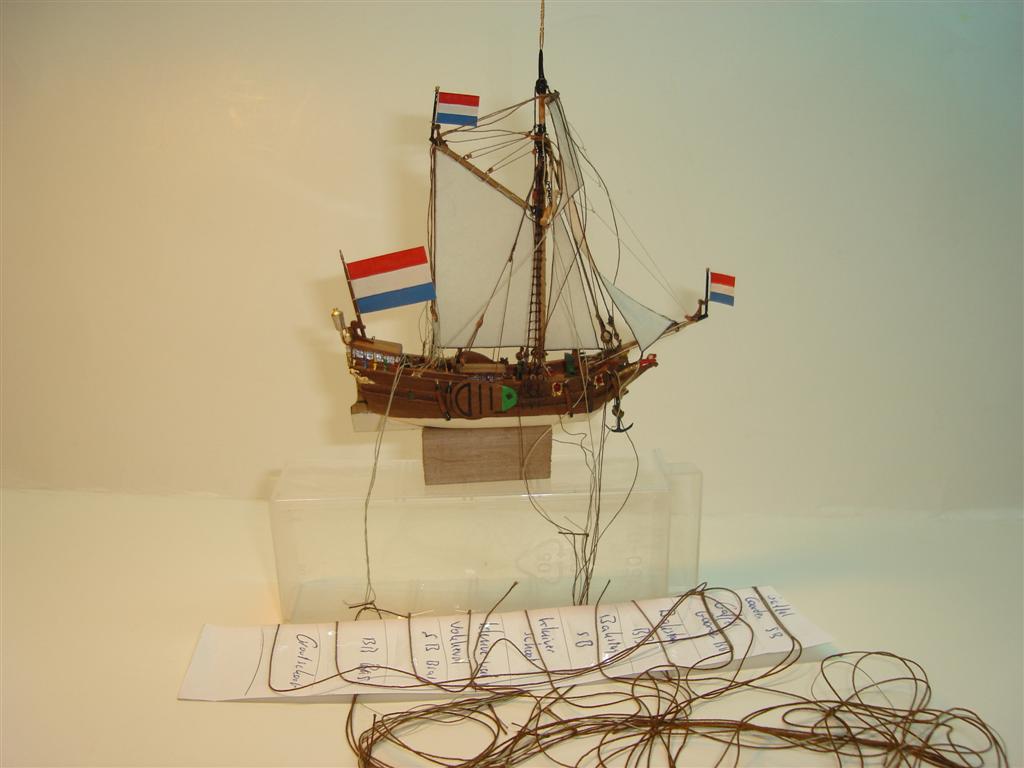 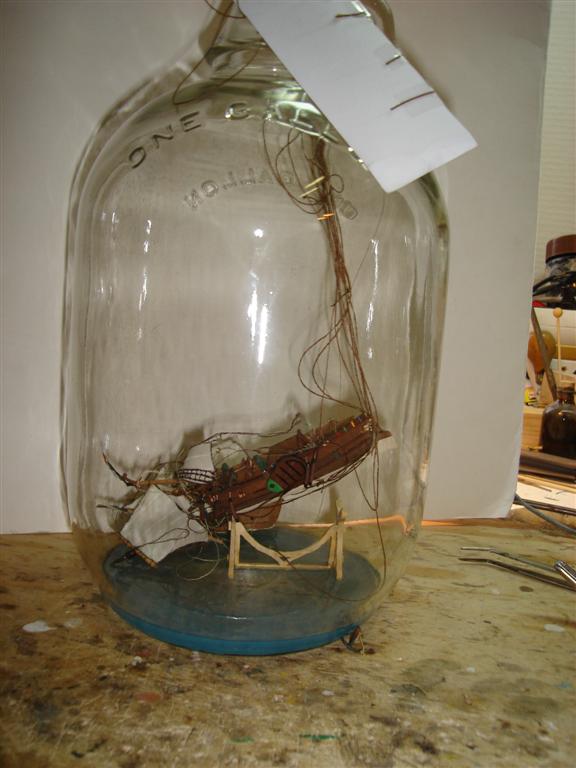 After I put the SIB in the bottle it was a disaster. The ropes are turned all around. But I had Thad experience whit the Batavia so I no now to manage it. I took me 8 ours of hard working  to get the ropes  on the right side and 2 ours to fix the SIB as it should by. But the result is as I wanted it. A good looking model whit all the details on it I wanted. 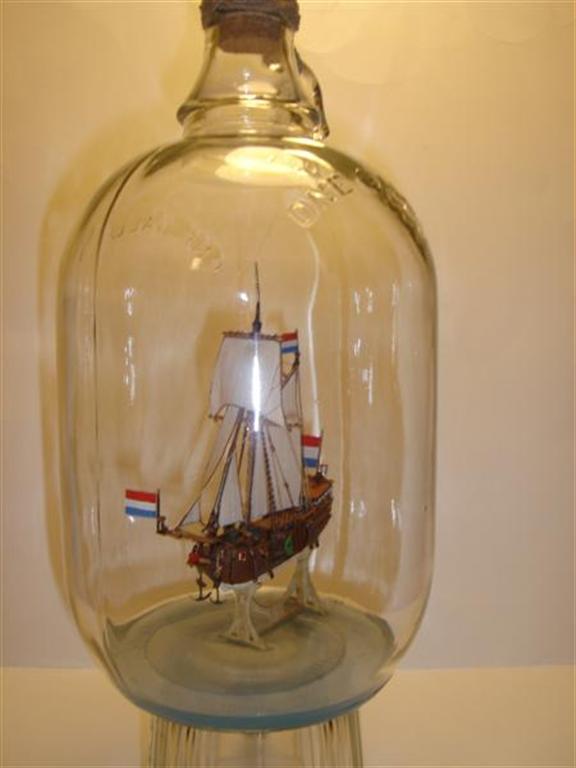 Specifications of the Bottle:

Specifications of the Ship: