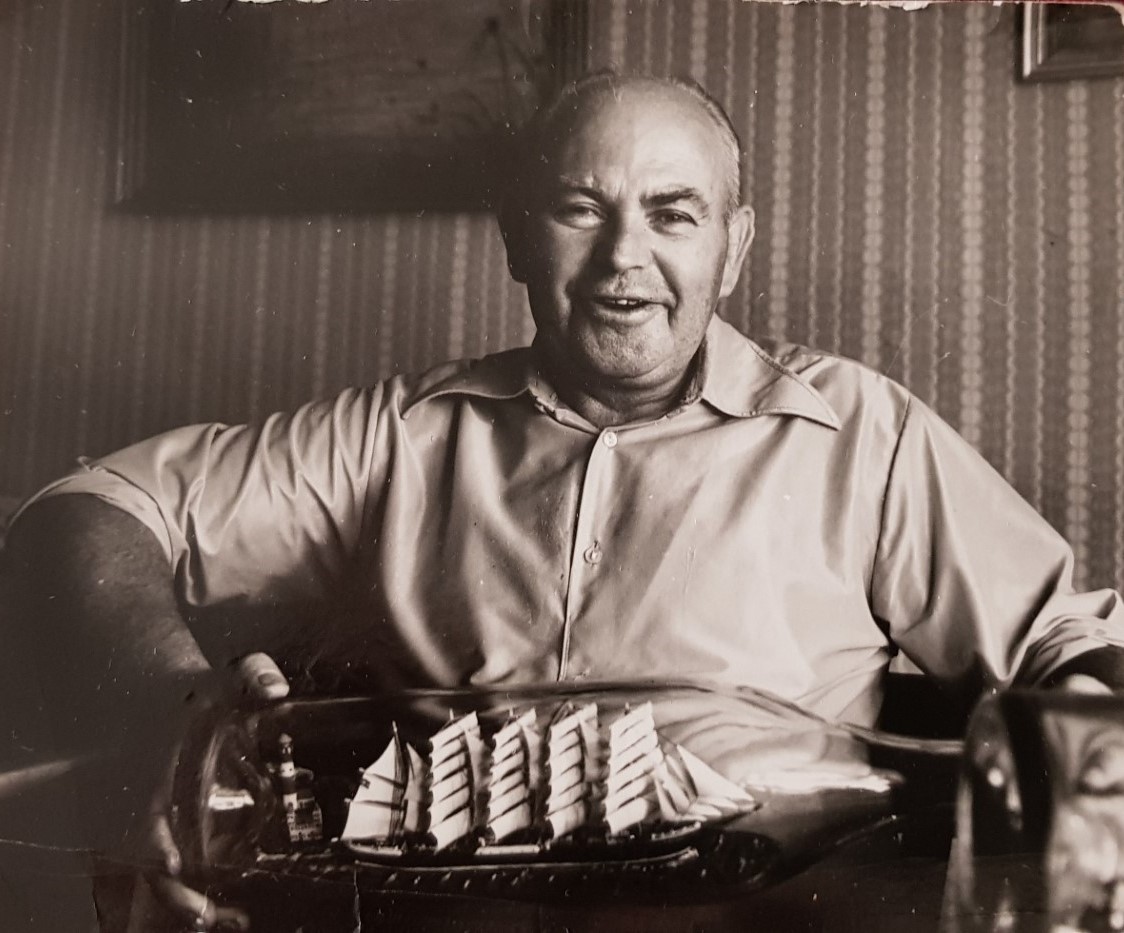 During his life he served as a Kapitän of sea, and from the years 1950 through 1981, he owned three Zeesboats that he used as ferries. All three had the name MÖWE. A Zeesboat is a very special boat type which was developed in the 15th century. It was used particularly for the fishing and the transportation by weights. It has special rigging and typically carries red sails. Until the 1970’s the boats were used as fishing boats but later, as fishing areas became protected and fishing limited, the boats were used mainly for the tourism.

During the winter months Rudi built his ships in bottles in a small workshop he owned and in the summer he would sell these models to tourists and vacationers. Over the years his skills grew tremendously and the level of detail increased. Mostly he built three- and four-masted ships. 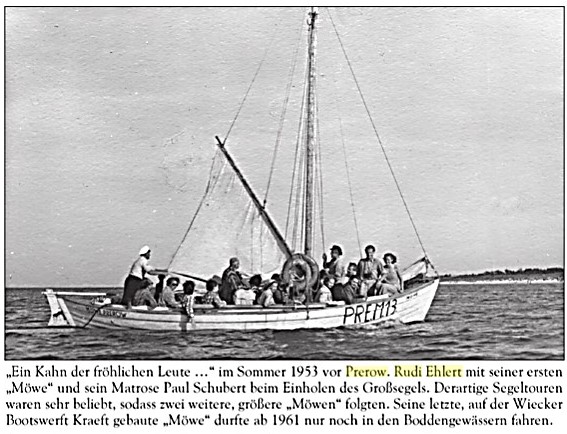 This is a picture of the MÖWE in Prerow during the summer of 1953. Rudi Ehlert is with his fellow sailors catching the mainsail.

His sailing tours were very popular.

In the mid-19th century, sailors began to fill empty bottles with cinematic miniatures and ship models.

In this picture, Capitan Rudi Ehlert, a master of his craft, is at the Dresdener Christmas market from 1957.

Santa Claus is ssneeking a look over the shoulder Rudi.